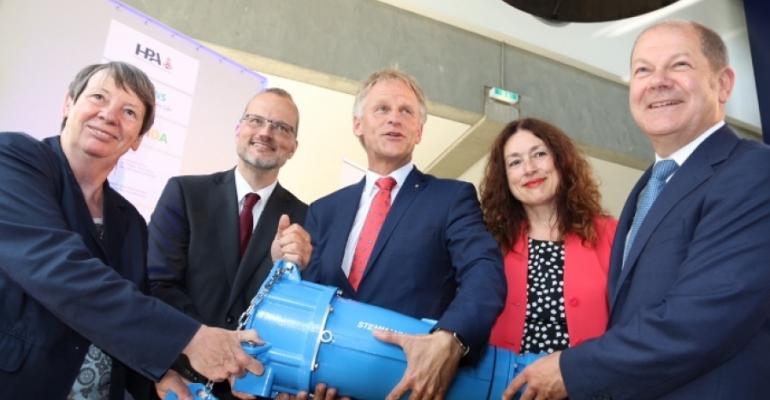 The high-capacity plant represents an investment of approximately €10m. Some €3.5m was co-funded by the European Union and €3.7m by Germany's federal government. The new facility is part of Hamburg's smartPORT energy initiative launched in 2012.

Jens Meier, chairman of Hamburg Port Authority, described the plant as 'unique in Europe in terms of its dimension.' He said the plant was technically tested in December and now made ready for use following the successful practical test with AIDAsol.

Michael Westhagemann, who represented both Siemens, the plant's supplier, and the Hamburg Renewable Energy Cluster, suggested other cities should follow Hamburg's example. The Altona facility can work with all current shipboard power systems and a great variety of ship sizes. The switch between shipboard and onshore power takes only a couple of minutes.

Hamburg Port Authority intends to supply the plant mainly with electricity from renewable sources. Supply of electricity is available to any ship berthing at the terminal, although just AIDAsol is expected to make use of the opportunity in the near future as one of very few ships calling Hamburg that are equipped for cold ironing.