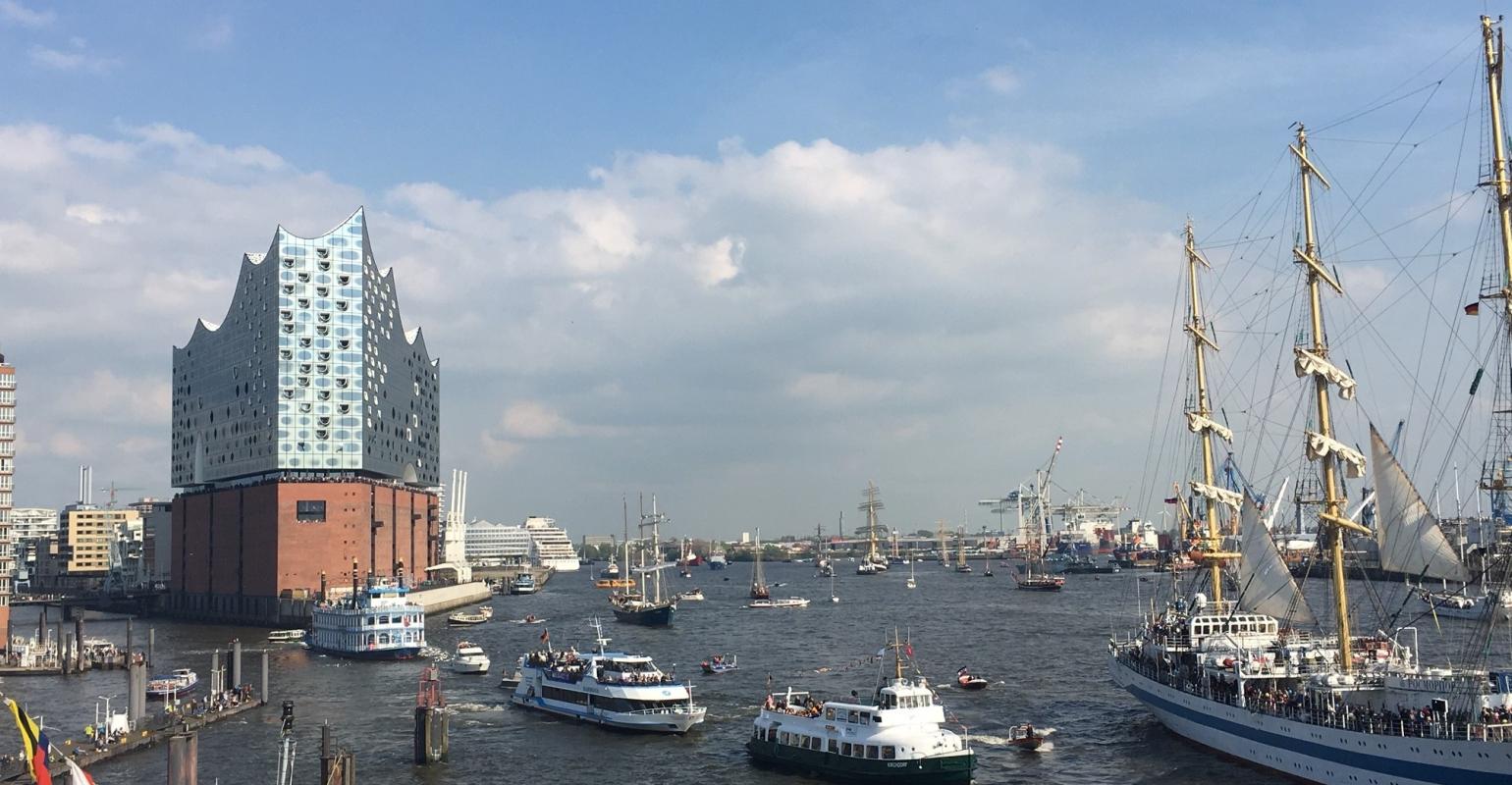 Hamburg rings in a summer of spectacular cruise events

Over the past few days, Hamburg has celebrated in style. At the weekend seven cruise ships transformed the River Elbe into a big stage at the Hamburg Port Anniversary festival.

Three days earlier, MSC Preziosa called at the North German port for the first time, heralding the start of a summer of other first-time arrivals including the naming ceremony of Mein Schiff 6 at the Elbphilharmonie as well as Hamburg Cruise Days – the world's largest such event coming up in September 8-10, preceded by Seatrade Europe Cruise & River Cruise Convention 2017 which takes place in the Hanseatic port city September 6-8.

This past long weekend’s event, which was held on the occasion of the port’s 828th anniversary, attracted more than one million visitors – making it the largest port festival in the world.

AIDAprima celebrated its first anniversary in Hamburg: it was a year ago that the cruise ship was launched in Hamburg and since then it has departed from the port 52 times as part of its Western European weekly itinerary.

A sponsor of the festival, AIDA Cruises staged a spectacular fireworks display in the heart of the port. Six ships from the Rostock-HQ’d company will call in Hamburg 81 times this year.

333mtr MSC Preziosa arrived in port last week for a series of Northern and Western Europe sailings between May and November.

Other large ships visiting Hamburg this year include Norwegian Jade arriving on June 4 and the Independence of the Sea on July 12.

TUI Cruises is planning a special event in Hamburg on June 1 for the launch of Mein Schiff 6 directly in front of the new Elbphilharmonie. Godmother of the ship is Iveta Apkalna, head organist of the Elbphilharmonie concert hall.

Hamburg‘s most spectacular cruise event in 2017, taking place for the sixth time, is the Hamburg Cruise Days from September 8-10.

A record number of ten cruise ships are scheduled to take part in the 2017 Hamburg Cruise Days, including AIDAprima (AIDA Cruises), MSC Preziosa (MSC Cruises), Europa and Europa 2 (Hapag-Lloyd Cruises), Mein Schiff 3 (TUI Cruises), Albatros and Amadea (Phoenix Reisen), Silver Wind (Silversea Cruises), as well as the Norwegian Jade (Norwegian Cruise Line) and Sans Souci (Plantours) – which will be the first appearance of a river cruise ship at the event.

On the night of September 9, six cruise ships will jointly leave the port of Hamburg and make their way down the River Elbe, accompanied by 24 escort ships and a large fireworks display.

During the ship parade, the port will be illuminated as part of the Blue Port Hamburg light installation, which will be launched on September 1 as more than one hundred objects in Hamburg’s port will then be lit up by light artist Michael Batz, including buildings, terminals, port vehicles, quay sections, cranes, jetties, and ships.