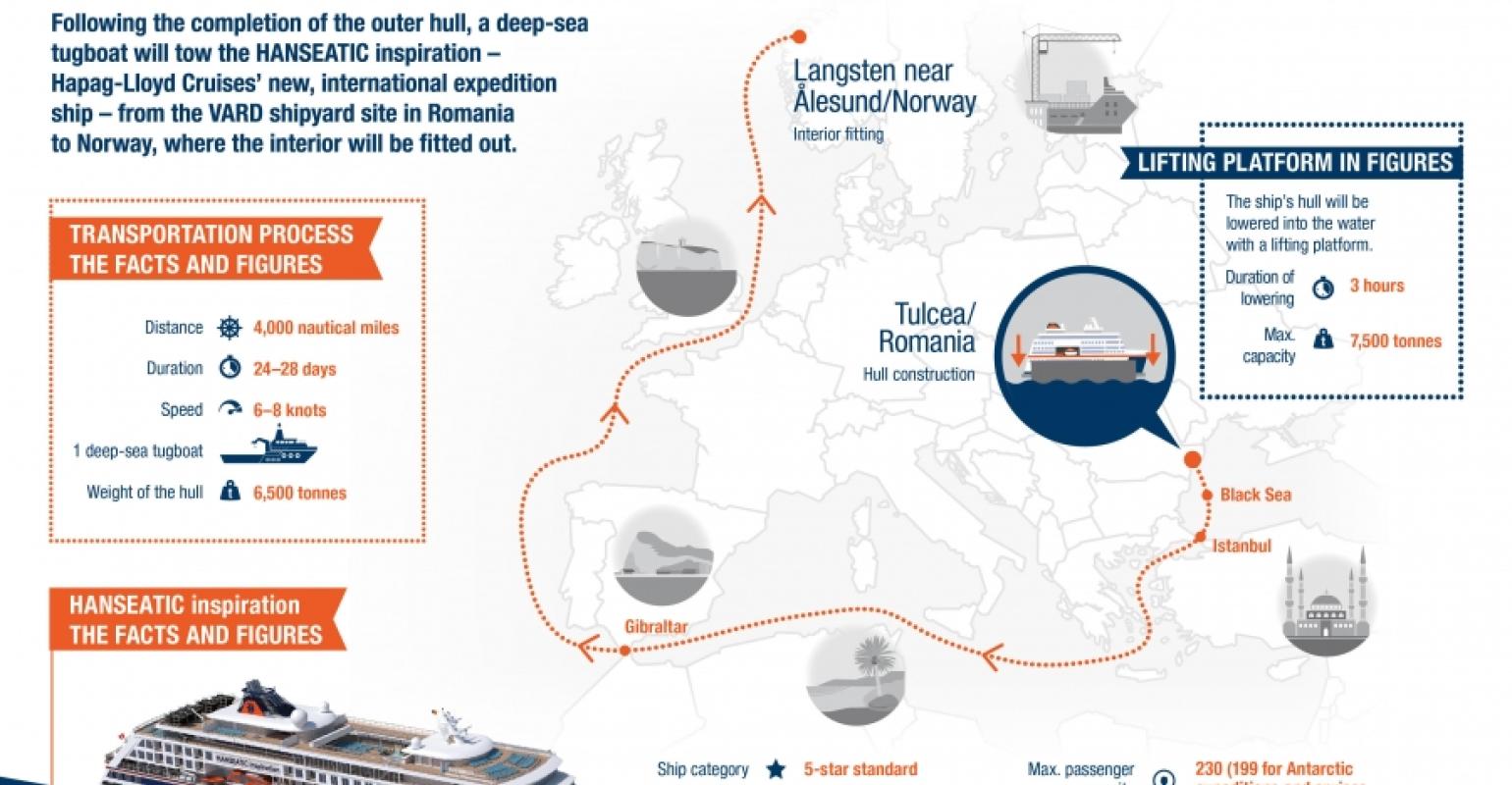 An important milestone has been reached in the construction of Hapag-Lloyd Cruises’ Hanseatic Inspiration. On Feb. 16 the new expedition ship started its journey from the Vard Group’s Romanian site in Tulcea to the Vard Langsten shipyard in Norway.

Work on the outer hull of Hanseatic inspiration has been under way in Romania since the start of construction in September 2017. The interior will now be outfitted in Norway.

The hull, which weighs around 6,500 tonnes (6,400 imperial tons), was lowered into the water by a lifting platform at Tulcea in a process that took three hours. The journey of around 4,000 nautical miles from there to the Langsten shipyard near Ålesund will take the hull via Istanbul and Gibraltar.

The deep-sea tugboat Diavlos Force is using a steel cable to tow the hull on a journey lasting around 24 days to 28 days, depending on weather conditions.

A ship for international markets

The 230-passenger Hanseatic Inspiration, being built for the German and international markets, will be named in the Belgian city of Antwerp on Oct. 13. Sister ships Hanseatic Nature, also coming this year, and Hanseatic Spirit (2021) are design for the German-speaking markets.

The small, manoeuvrable expedition ships feature cutting-edge technology and PC6 ratings. Their routes will take them from one extreme to the other—from polar waters to the warm regions of the Amazon.