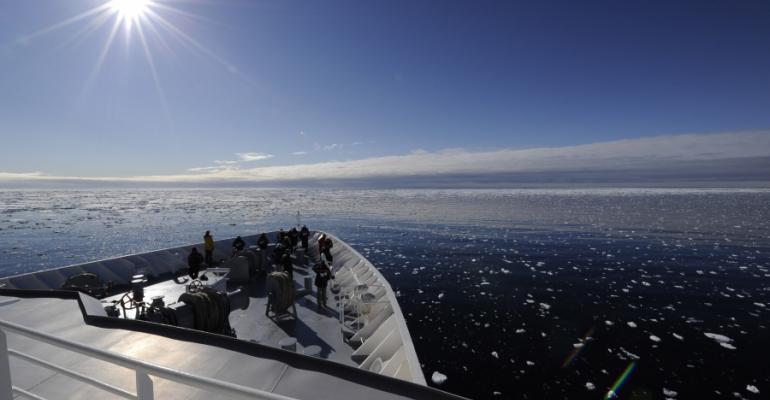 Hanseatic sailed within 480 kilometres of the North Pole

The Northeast Passage runs along the north coasts of Asia and Europe, from the Bering Strait to the White Sea. On Aug. 13, Hanseatic set out from Nome, Alaska, on its expedition, which included stops and stations at anchor off the Chukchi Peninsula and Wrangel Island and passage through the Kara Sea to Novaya Zemlya, the Barents Sea and Murmansk, which marks the end of the Northeast Passage.

The cruise was fully booked, with almost 300 people on board.

The ship was loaded with 70 tonnes of provisions. The crew organised 22 landings and tours using the 14 on-board Zodiacs. Animal sightings included polar bears and walruses.

Hanseatic set a record for passenger ships. During this expedition cruise it reached the northernmost point at 85°, 40.7' north and 135°, 39.6' east. At this latitude, the ship was just 480 kilometres from the North Pole.