For hard-hit Acapulco, 'every ship that comes back is a victory' 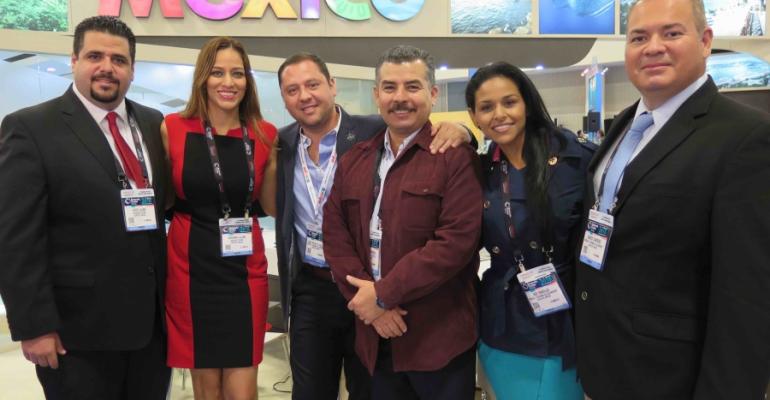 Acapulco officials had reason to celebrate at Seatrade Cruise Global when they got the news Holland America Line is coming back. Little by little, the popular resort city on Mexico's Pacific Coast is enticing tourists and cruise ships with a multi-pronged approach that involves a laser-focus on security and hefty investments in infrastructure.

'We have scheduled Acapulco again with the expectation that the situation continues to improve,' Simon Douwes, senior director, deployment and itinerary planning, told Seatrade Cruise News. HAL's first call will be Oct. 2, 2017.

The return of ships from HAL and Norwegian Cruise Line, among others, is 'very good news,' said Alejandro Luján, director of Acuario Tours, one of the leading tour operators serving the cruise industry. 'We're getting great feedback from passengers.'

A cruise committee of stakeholders formed under Guerrero state's secretariat of tourism has the goal of bringing the destination up to the level of ship calls it had in 2010: 140, according to Alex Casarrubias García, director general of API Acapulco. Last year there were 15 calls, this year 18 are scheduled and 35 are booked, so far, for 2017.

'Our attitude is service. The cruisers in Acapulco are very satisfied and we've had zero incidents. We don't take the business for granted,' he added. Any time a ship arrives—big or small—everyone gets involved to make a successful call.

Before each arrival, the cruise committee coordinates with all stakeholders to ensure smooth and safe operations.

'We are a team,' said Daniel Martínez de Pinillos V., international tourism director for Guerrero. The state created the cruise strategy and involves Acapulco's city government. One of the initiatives is a 'safety shield' that ensures a visible security presence in areas where tours operate and passengers go.

'This sends a message Acapulco is safe,' Martínez said.

Casarrubias noted there never were security issues with tourists. Acapulco's reputation suffered due to drug trafficking violence—the last incidents were in 2011. But the security perception has to be addressed and that's why extra measures are being taken, including the recent creation of an entity, CAPTA, dedicated to the attention and protection of tourists in Acapulco. It's expected to become a model for Mexico.

More than $300m in government investments have improved the city's infrastructure in ways that benefit cruise visitors, Martínez said. For example, new roads make it much easier for tours to operate, and cut transit time to attractions like Coyuca lagoon. A tunnel is being built to connect the city with the airport, and targeted for 2018 completion. This would benefit cruise ship turnarounds.

That's business Acapulco's hotel association is keen to develop, and it participates in the cruise committee.

Once Mexico's top resort destination, Acapulco has much to offer. World-famous attractions include the daring La Quebrada cliff divers and the massive, star-shaped San Diego Fort, ringed by a moat and built centuries ago to fend off pirates. Hotel Los Flamingos was a hideaway for Hollywood stars like John Wayne and Johnny Weismuller, while Las Brisas remains one of the top romantic destinations with its hilltop pink and white villas surrounded by gardens. Perched high above the city is the Chapel of Peace with its incredible views of Acapulco Bay. Eco-tours feature lagoons like Coyuca, lined with palm trees and mangroves, rich with birds and the setting for several Hollywood films.

'We are very optimistic,' Casarrubias said. 'The incidents in Acapulco affected the cruise business, even though nothing happened to cruise passengers. But perception is reality. We are very confident we'll change that perception.

'Acapulco was a destination that was the leader in Mexico,' he continued. Tourism's decline has been 'bitter medicine, but necessary. We know that without taking action, there can be no progress.

'Every ship that comes back to Acapulco is a victory,' Casarrubias said.