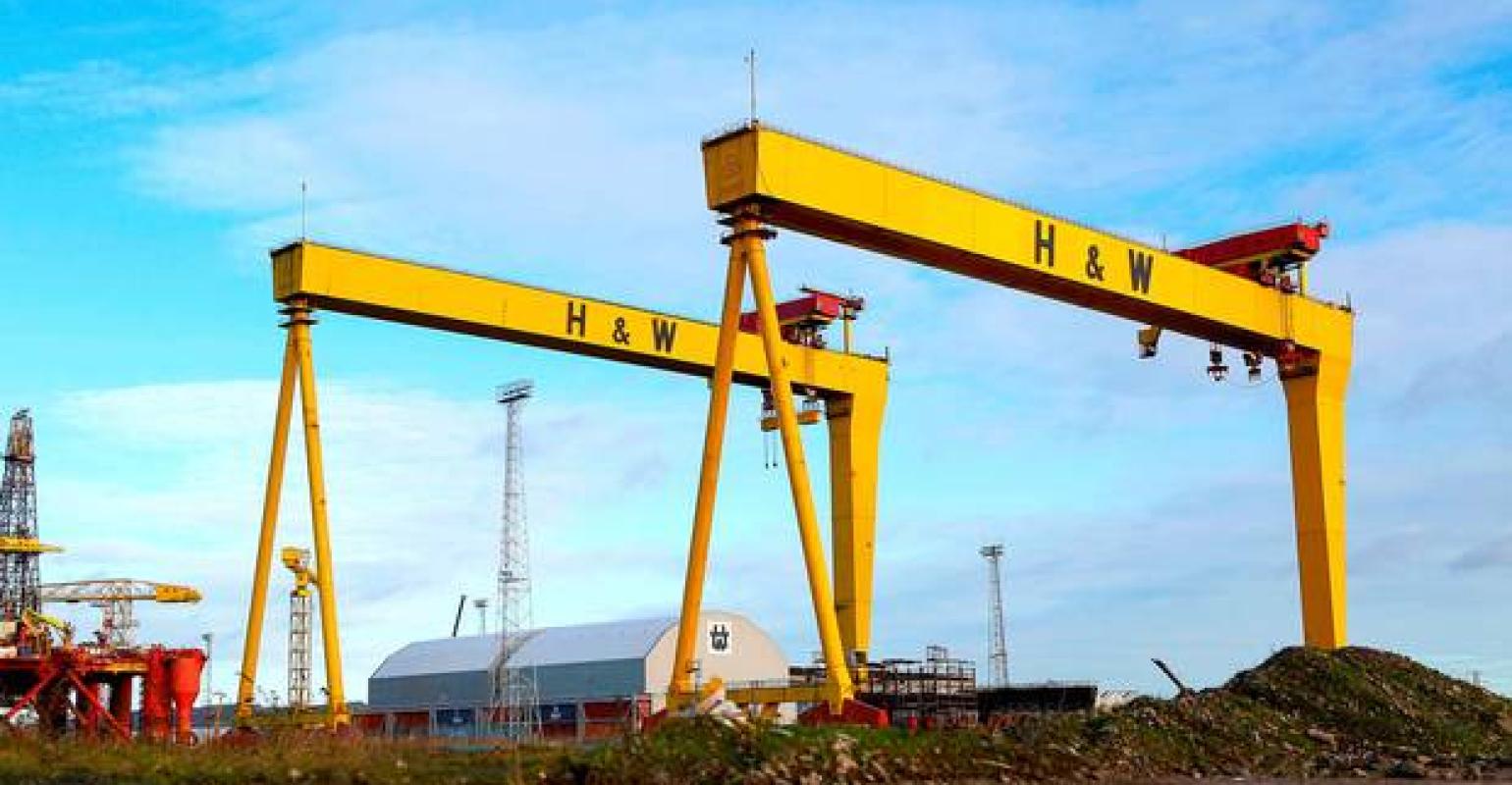 An illustrious history of shipbuilding in Belfast

One of the most illustrious names in British shipbuilding looks set to disappear with the filing for insolvency of Belfast’s Harland and Wolff Tuesday. Accountancy firm BDO has been appointed administrator.

Under Norwegian parent company Fred Olsen Energy the shipyard has been carrying out mainly marine engineering projects such as oil rig refurbishment and work on wind turbines of late, employing a workforce of around 130 persons.

The last ship the yard built was a ferry for the Ministry of Defence in 2003, while last year it carried out a £50m refurbishment of the cruise ship Azamara Pursuit. Outfitting specialist MJM Group managed the refit – the first time that Royal Caribbean Cruises Ltd., owner of the Azamara brand, had chosen a UK shipyard for such a project.

All a far cry from the yard’s glory days back in the early 20th century when it was the world’s leading builder of ocean liners – including the ill-fated Titanic, constructed at the yard between 1909 and 1911. At its height Harland and Wolff employed more than 30,000 workers.