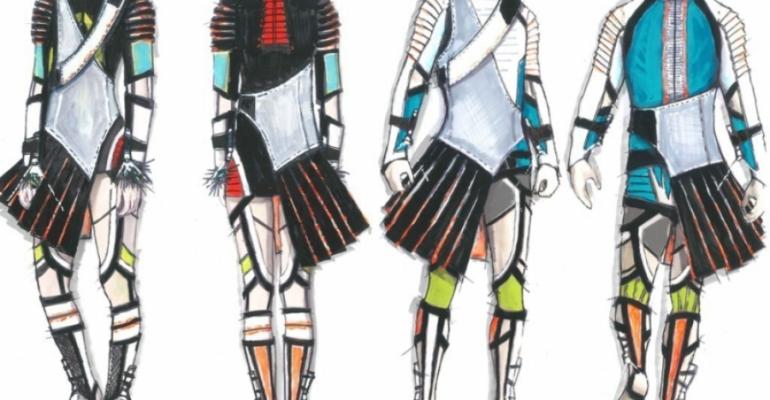 New shows are planned for Harmony of the Seas' Studio B ice rink and the AquaTheater, along with new theme nights and parades in the Royal Promenade. Plus, Puzzle Break, an interactive, problem-solving group activity, for the first time on Royal Caribbean will be housed in a dedicated, fully-produced space.

The AquaTheater's new aerial capabilities will elevate the entertainment repertoire with daring balancing tricks on the highline and aerial maneuvers by acro-artists that allow them to dip into the audience and catapult back to the stage.

Fresh shows include 'The Fine Line,' with high-flying feats, stunts and demanding acrobatics by extreme-sport athletes. This is designed as a 360-degree immersive experience. The new comedy dive show, 'Hideaway Heist,' jumps into the world of a swanky 1950s holiday resort where an undercover detective pursues a crafty burglar.

Aboard Harmony of the Seas, Studio B's ice rink transforms to create a backdrop of ultra-high-definition video, blending fantasy with reality. New performances are '1887,' an original Royal Caribbean production that begins in Paris on Feb. 14, 1887, at the height of the career of author Jules Verne ('Journey to the Center of the Earth,' 'Twenty Thousand Leagues Under the Sea,' 'Around the World in Eight Days'). In 'iSkate Showcase,' the skaters show off their best moves set to their own favorite tunes.

For 'Puzzle Break: Escape the Rubicon,' players collaborate to find clues to a puzzle needed to solve the mystery of the Rubicon, with only 60 minutes of life support. The activity will take place in a dedicated space designed with ShowFX Inc., a staple for Hollywood studios' engineering, design and fabrication of custom entertainment equipment.

Other entertainment includes Red Party, with DJs, surprise performances, special effects and technology, and Stowaway Piano, the pop-up piano player who debuted on Anthem of the Seas.

On the Royal Promenade, Royal Caribbean pushes forward its 1970s party to the '90s, when soundtracks are dominated by teen pop, dance-pop and the growing popularity of hip hop. And the new parade 'Let's Celebrate!' combines celebrations of Halloween, birthdays, St. Patrick's Day, Valentine's Day, Fourth of July and New Year's Eve all at once.

Passengers also can belt out tunes at the On Air Club, hear a brass symphony by the High Cs Horns, the ship's horn-led, nine piece orchestra, and take in live comedy and music at the new nightspot, The Attic.