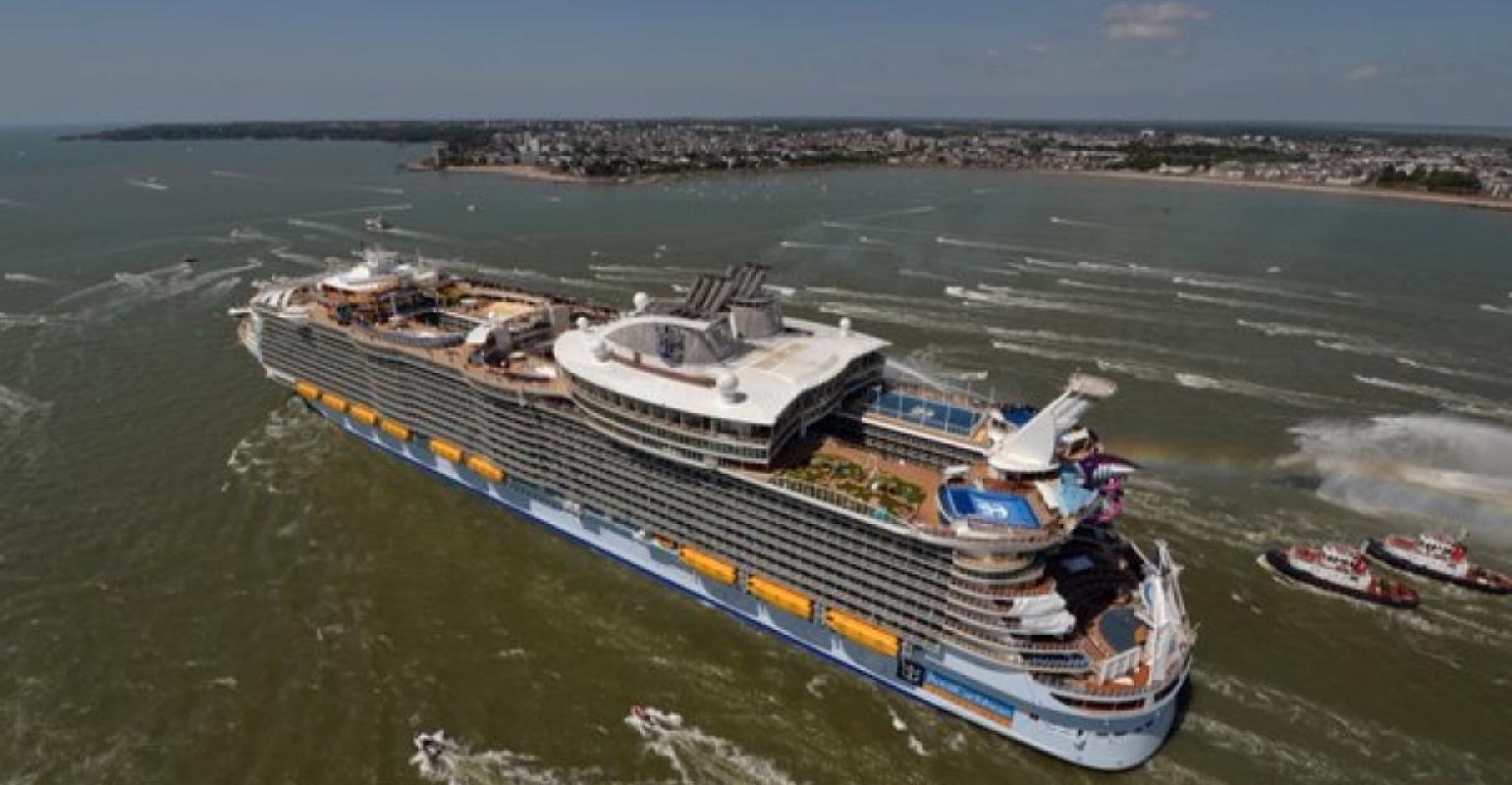 Harmony of the Seas sails from Saint-Nazaire (Photo: Royal Caribbean)

Harmony of the Seas heads to Southampton

Early Sunday afternoon in bright sunshine, some 70,000 admirers waiting on the Saint-Nazaire jetty and along the beaches waved farewell to the world's largest and newest cruise ship.

Handed over on Thursday by STX France to Royal Caribbean International after 32 months of construction, the giant Harmony of the Seas—362 meters long, 66 meters at the beam and 72 meters high—sailed out accompanied by a pair of tugboats and escorted by scores of smaller vessels.

Harmony of the Seas is set to arrive at Southampton on Tuesday, where it will make its debut in the following days. After two short cruises, calling at Rotterdam or Cherbourg, the ship will set course for the Mediterranean on May 29. Port of Barcelona will be Harmony's home for 34 seven-night summer cruises.

In late October the ship will cross the Atlantic, bound for its new base, Port Everglades, and Caribbean service.