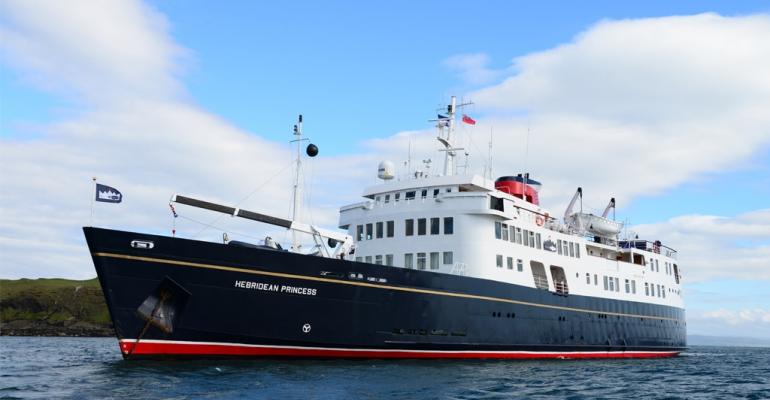 Hebridean Princess visiting Belgium for the first time in 2018

In addition to cruises in and around the Scottish highlands, Hebridean Princess will sail to the south coast of England, Northern France and, for the first time, Belgium in her 30th cruising season in 2018.

Hebridean Island Cruises says that its 30th anniversary season will not go unmarked and therefore the company will be replicating itineraries from its inaugural year of 1989, along with cruises from its tenth season of 1998 and the twentieth season of 2008.

Ken Charleson, managing director commented: ‘Whilst 2018 will be an exciting year for us, our Pearl Anniversary celebrations will not just be confined to cruises from seasons gone by.’

He remarked, ‘During the summer of 2018 out-of-area cruises will witness Hebridean Princess venturing to the south coast of England, calling at Dublin and the Isles of Scilly en route. We are also voyaging to the Channel Islands, Northern France including Brittany and Normandy, and a maiden time a visit to Belgium.’

Two voyages include the River Thames to Tower Bridge are highlights of the small luxury vessel’s southern sojourn.

Out of the 37 itineraries, four will focus on walking and a dedicated cycling cruise, accompanied by Olympic cyclist, Chris Boardman, will also feature as will an extended cruise to St Kilda for bird and marine life watching.