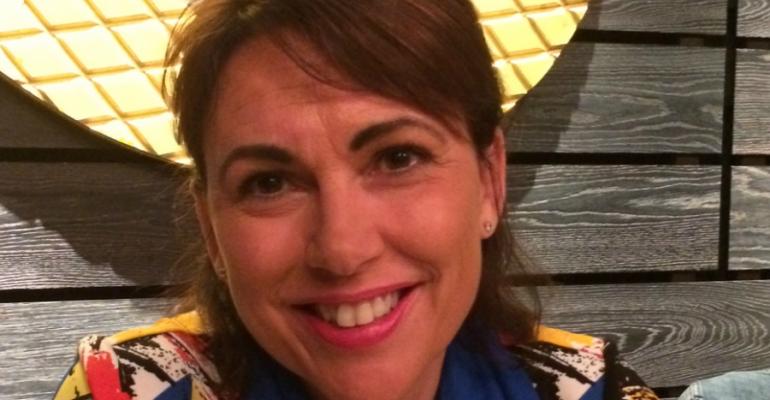 The cruise operator's managing director, Helen Caron, lead with the announcement of the name and itineraries for the latest addition to its fleet. Thomson Discovery, currently sailing as Splendour of the Seas, is joining the fleet on June 11, 2016 and will be based in Palma for its debut season following a rebranding and refurbishment.

The ship has a capacity of 1,830 double occupancy across 915 cabins and nearly 40% with balconies and will replace Island Escape, currently operated by Thomson Cruises’ sister company Island Cruises, so the overall UK fleet will continue to be comprised of five ships.

'Whilst the new addition is larger than the other ships in the fleet, it still fits in with our strategy of operating smaller ships,' she added.

Thomson Dicsovery's itineraries will feature four week-long options including stops in Livorno (for Florence and Pisa), Villefranche (for Monaco and Nice), Barcelona and Cadiz ( for Seville).

Customers will be able to join the ship with Saturday sailings and flights from 19 regional airports across the UK and Ireland, Caron added.

99% of passengers cruising with a Thomson join the ship via a Thomson aircraft flight, he remarked. 'Many also choose to stay either pre or post cruise in a Thomson hotel as part of a two week long cruise  and stay holiday, something our competitors do not offer,' commented Caron.

Malaga will be the home port for Thomson Spirit for summer 2016 with four itineraries featuring new ports of Vigo and Marseille.

Thomson Celebration will return to Dubrovnik, 'after a successful debut this summer', Caron said, offering adults-only cruising for summer 2016. New next year will be overnight stay in the Croatian base port.

Thomson Majesty will be based in Palma next summer and will include evening stays in Ibiza and Barcelona. This itinerary offers no sea days and is maximising evenings in port, said Caron. New calls include Spanish ports of Huelva and Menorca. Also new, a weekly flight from Liverpool to Palma to link in for Tuesday sailings.

Thomson Dream will be base in Corfu offering four itineraries including new port of Syros.

Commenting on the arrival of Thomson Discovery Caron called it, 'the first move of a transitional programme for Thomson Cruises. 'I can't see Splendour of the Seas being the one and only ship to join our fleet', she told Seatrade Insider with a wry smile.

Asked if the line is considering expansion via the newbuilds route,  Caron replied, 'there are no plans to build a new ship'.

David Burling, md for Thomson and First Choice, part of TUI UK & Ireland,  acknowledged parent TUI AG's role in its expansion plans: 'it would have been difficult to deliver Thomson Discovery to the fleet so quickly without the help of the TUI group. Thomson Airways is the UK's third largest airline with 57 aircraft, including ten Boeing 787 Dreamliner's in 2016 on long haul, operating to over 73 destinations in 20 countries.