Here's what Virgin Voyages' Scarlet Lady will sound like 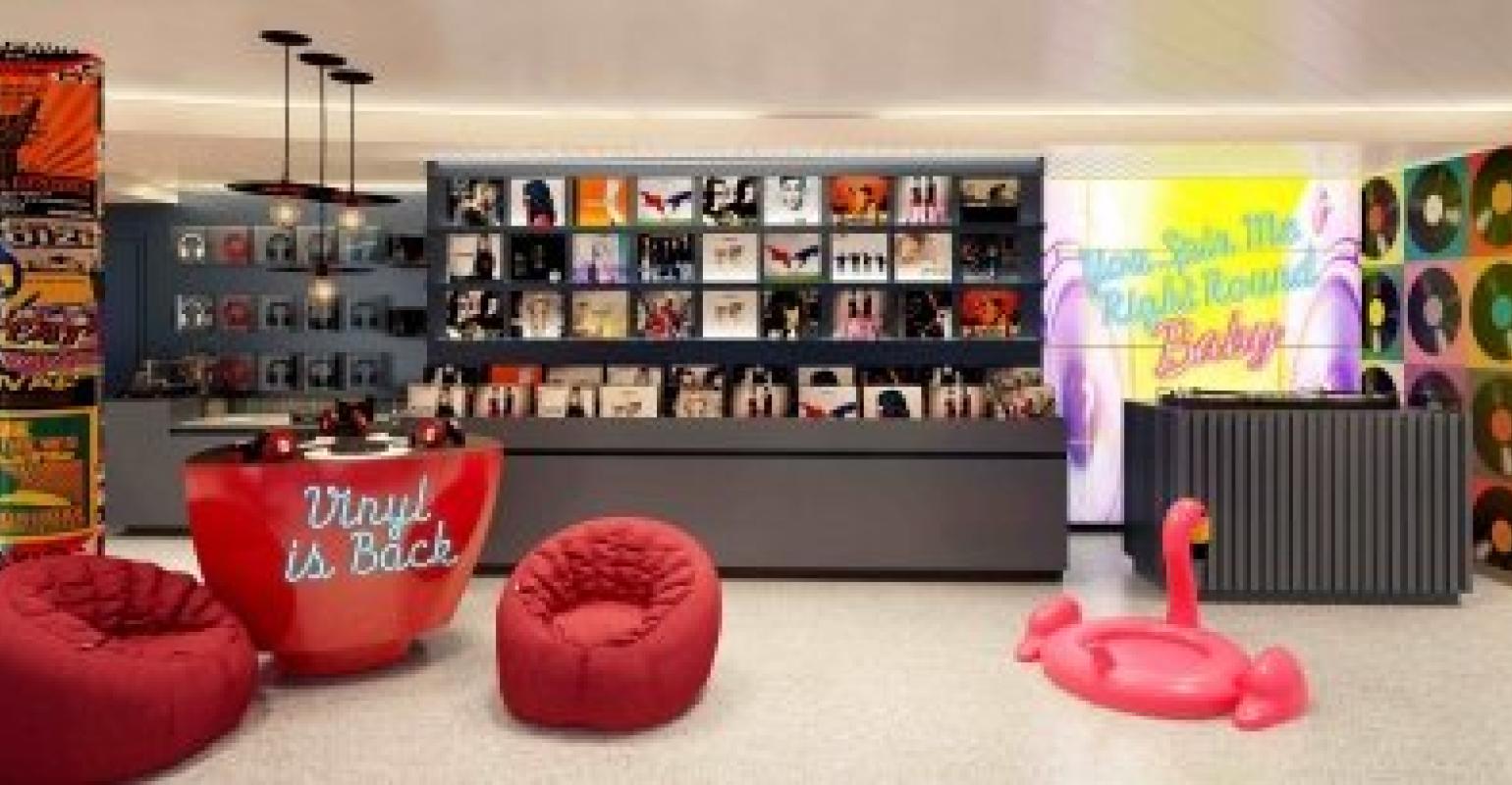 Vinyl is back at Voyage Vinyl, Scarlet Lady's record shop with personal listening stations and curated items for sale RENDERING: Virgin Voyages
Virgin Voyages is returning to its Virgin brand roots by creating a music experience aboard Scarlet Lady that features a record shop, a private karaoke/gaming lounge and curated music and performances by up-and-coming artists and trendsetters.

The residency lineup will include the multi-platinum chart-topping artist, DJ, producer/remixer MK (Marc Kinchen), who has committed to one performance in 2020. The Grammy-nominated electronic music duo Sofi Tukker, known for 'Best Friend,' have also signed on.

With the Virgin brand’s deep-rooted history in music, Virgin Voyages’ sonic identity will come to life aboard Scarlet Lady. Each space will have its own energy, developed by tastemakers and brought to life by up-and-coming talent and special guest performances. Virgin's sonic identity will have a home in electronic music, but also will incorporate other genres.

By 'electronic,' the line means all electronically programmed sounds, even those of more classic eras, and the early innovators of the sound from rare disco tracks, through to the '80s and other important periods. Calming sounds will be incorporated at the appropriate times to ensure moments of relaxation and rejuvenation.

The brand is expanding its Creative Collective from design, food and entertainment to now include music. This entails WhiteLabel Creative, a group of music industry insiders who specialize in sensory branding and cultural programming for hospitality and lifestyle experiences. WhiteLabel Creative is responsible for developing the background sounds across Scarlet Lady and securing DJs for The Beach Club at Bimini’s residency program.

Scarlet Lady's record shop, Voyage Vinyl, will let sailors experience all eras and genres of music at personal listening stations. Limited-edition curated albums and special editions of classics will be on sale, along with music magazines, headphones and record players.

Sailors can let loose at The Groupie, the ship's karaoke, gaming and movie lounge. Designed by Roman Coppola as a modernist take on a Japanese-style karaoke room, the venue will be available for booking.