High-level briefing to champion Caribbean as open for business 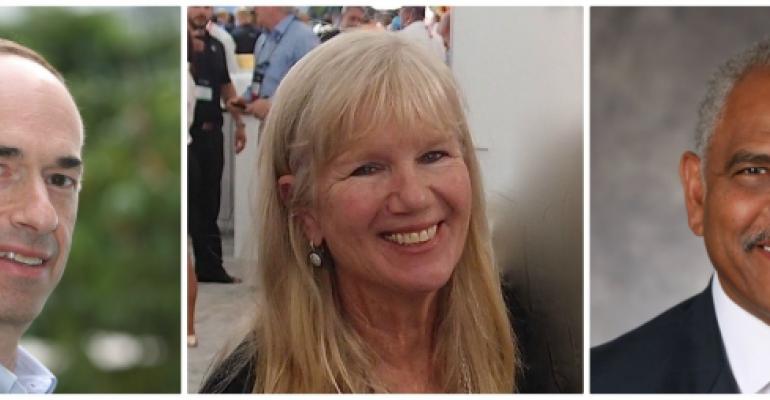 Adam Goldstein, Michele Paige and Arnold Donald to help amplify FCCA's million-dollar campaign to get the word out that most Caribbean destinations are operating normally and ready to receive visitors

Three cruise industry leaders plan a joint media briefing to tackle the misperception the entire Caribbean was ravaged by hurricanes and to stress the importance of cruise tourism to economic recovery in the places that were impacted.

Their conference call should help amplify FCCA's million-dollar campaign to get the word out that most Caribbean destinations are operating normally and ready to receive visitors. Cruise officials have said more than 40 cruise destinations are open for business.

In a two-pronged message, Donald, Goldstein and Paige are also expected to address how tourism is vital to the region's economic well-being, and those destinations that were hard hit by hurricanes Irma and Maria are eager for ships to return since their economies depend on tourism.

Today Gov. Kenneth Mapp requested $5.5bn from Congress to rebuild USVI infrastructure. The governor told Congress more than 100,000 Virgin Islanders were affected by the storms, which came 12 days apart and brought winds of up to more than 200 mph and more than 20 inches of rain.

There is no power on St. John and very limited power on St. Thomas and St. Croix, Mapp said. Virtually all the power distribution infrastructure was destroyed, and most telephone lines are down and cellular towers destroyed. Most homes, hotels and resorts are either destroyed or substantially damaged.

In addition, the USVI economy has 'ground to a near standstill,' Mapp said.

Getting cruise ships back will help, and the governor and Tourism Commissioner Beverly Nicholson-Doty and others from the public and private sectors hosted Royal Caribbean officials on Tuesday.

'Hopefully in the next number of days we will be making a formal announcement about the return of cruise traffic to the territory,' Mapp said.

Meanwhile, in the British Virgin Islands, the BVI Ports Authority is on a fast track to restore the Tortola Pier Park cruise and shopping facility with a targeted date of reopening at least 50% of retail and food and beverage stores Nov. 1, according to Mark Vanterpool, minister of communications and works.

St. Maarten officials have been working with cruise lines and local stakeholders to get the first ship back by Nov. 11. Carnival's Donald visited St. Maarten a few days after Irma and, as he told Wall Street analysts two weeks ago, the people there are 'very resilient' and 'focused on getting up and running.'

In a news release Port St. Maarten management expressed the importance of the cruise sector to the national economy. Two cruise berths will be ready Nov. 1, the company said, adding that a number of other 'links in the chain' to provide a good visitor experience need to be in place such as shore excursions, shopping in Philipsburg, restaurants and other amenities.

Various ministries of the St. Maarten government have offered assistance, while banks and insurance companies are aware of the importance of making available rebuilding loans and monies to facilitate a quick economic jolt.

For its part, the Puerto Rico Tourism Co. noted airlines, cruise lines and hotel partners’ joint relief efforts demonstrate the importance of the island as a destination and hub.

With a full tourism industry assessment almost complete, the outlook is positive, according to the Puerto Rico Tourism Co., with airports and cruise ports fully operational and major hotels expected to take new reservations beginning this week.

'We are confident that the progress we have shown just a few weeks out is a sign of the resiliency and strength of our people,' said José Izquierdo, executive director of the Puerto Rico Tourism Co.

His office is in direct communication with FCCA partners who have shown 'extreme commitment to Puerto Rico and attest to the industry’s resiliency.'

While an Island-wide assessment of historic and other tourist attractions is under way, a number of key attractions have already opened. These include the Puerto Rico Museum of Art in Santurce and the Ponce Museum of Art.

Bacardi tours will open Nov. 1. El Morro and other San Juan historic sites are expected to open in the coming weeks. The public spaces where admission is not required are open. Main transportation companies and taxi drivers are operating. The Mall of San Juan and Plaza Las Américas are open for shoppers.

'We are confident that with the continuous support of our industry partners and visitors coming to our Island, we can build a stronger Puerto Rico,' Izquierdo said.