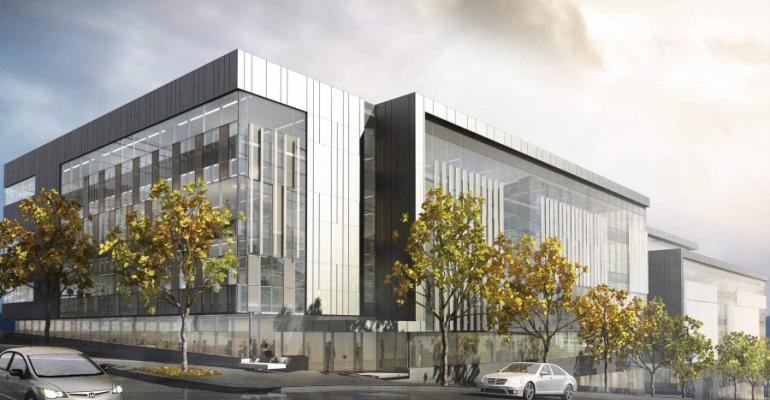 The Holland America Group plans to move about 1,000 employees from two locations into a new, custom-designed building that is going up a stone's throw from the company's long-time headquarters.

The building is to open in December 2016 and will house employees of Holland America Line, Seabourn, Princess Cruises and the company's Alaska tours division.

Located at 450 Third Ave. W., the sleek, modern structure will be exclusively occupied by the Holland America Group. It will have a non-traditional interior design, including an open office floor plan.

'It will create more "we" space and less "me" space,' according to Sally Andrews, vp public relations for Holland America Line.

The idea is based on 'more collaboration, more interaction and creating a different dynamic in the workplace,' she told Seatrade Insider.

The interior design is not finalized, and employees will getting together to provide their input.

The Holland America Group employs about 1,400 people in Seattle. More than 1,200 work at 300 Elliott Ave. W, where Holland America Line has been based since the company moved from New York City in 1982/83. HAL president Orlando Ashford leads the team.

Leases on the two buildings are expiring in 2016.

This gave the Holland America Group the opportunity to consolidate in a purpose-built space, Andrews said.

Also, a greater number of employees will be working from home in the future, expanding an existing company program. Many are in reservations and guest services.

No jobs are being eliminated, Andrews said.