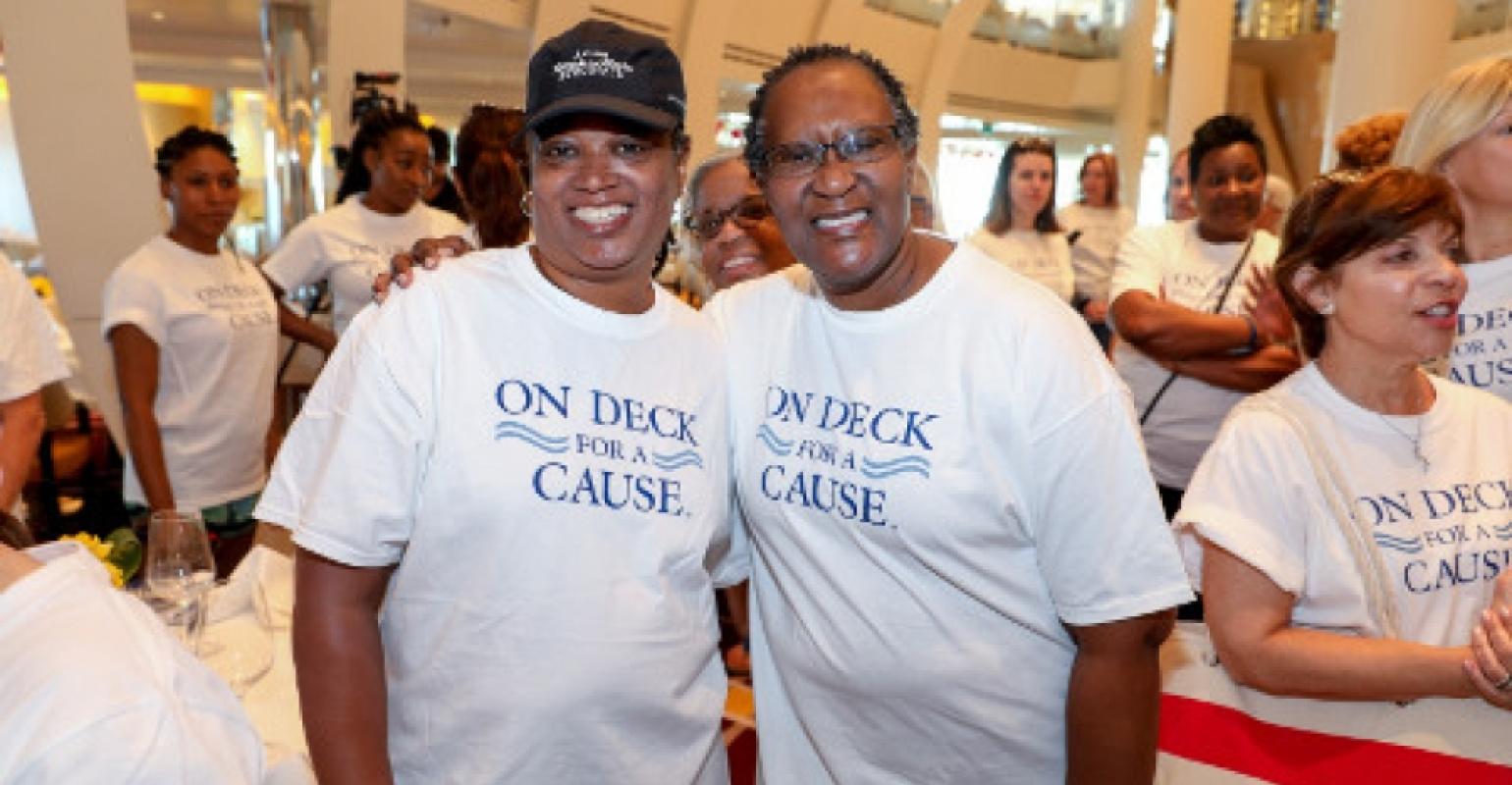 'On Deck for a Cause' participants during the recent 'Girls' Getaway' cruise aboard Nieuw Statendam in partnership with 'O, The Oprah Magazine' PHOTO: Holland America Line
Today, on World Cancer Day, Holland America Line announced that it reached a total of $6m for cancer support through its 'One Deck for a Cause' programming begun in 2006. The goal was achieved during the recent 'O, The Oprah Magazine' 'Girls’ Getaway' cruise aboard Nieuw Statendam, Jan. 30 to Feb. 2.

'On Deck for a Cause' benefits five international cancer organizations in the United States, Canada, Australia, the Netherlands and the United Kingdom.

Passengers are invited to participate in a noncompetitive 5k fundraising walk on every sailing aboard each of the line’s 15 ships, with proceeds distributed among the American Cancer Society, Canadian Cancer Society, Cancer Council Australia, Cancer Research UK and KWF Kankerbestrijding (Dutch Cancer Society). On the 'Girls’ Getaway' cruise, the walk was kicked off with remarks by Jayne Jamison, SVP, publisher and chief revenue officer of 'O, The Oprah Magazine,' and a cancer survivor.

'Thanks to generous contributions from thousands of our guests and employees we’ve been able to passionately raise funds for cancer awareness and research for more than a decade, and we are extremely proud to have surpassed the $6 million milestone in donations,' Holland America president Orlando Ashford said.

Special celebrations are being held on every ship in the fleet following each of their 'On Deck for a Cause' walks, with the traditional lemonade as well as sparkling wine, cake, appetizers and celebratory music.

Since 2006, more than 395,000 participants have joined in more than 5,600 walks aboard Holland America cruises. Passengers are invited to donate $20 to the Holland America Line Foundation, and on a sea day participants join in a 5k walk around the ship’s decks. Participants receive an 'On Deck for a Cause' T-shirt, wristband and a reception following the walk. Depending on the ship, the distance to reach 5k ranges from nine to 12 laps.