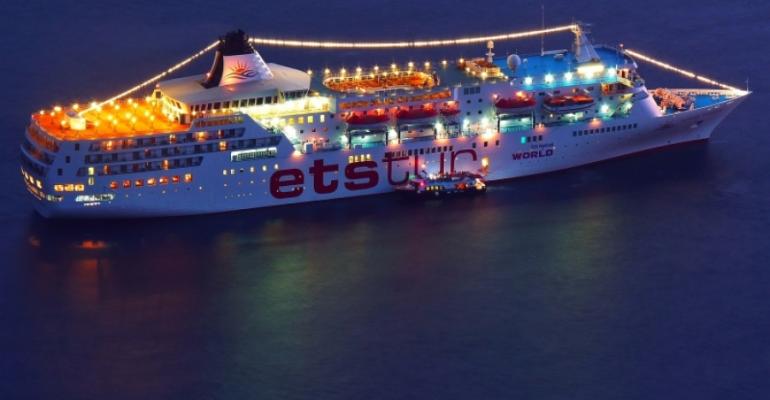 New Century Maritime of Hong Kong has entered into a memorandum of agreement to purchase a 1990-built, 23,287gt cruise ship from Hainan Cruise.

Aegean Paradise will be sold to Kingston Maritime, wholly-owned by New Century Maritime, at a price of $22.89m. An independent firm providing ship valuation services has valued the vessel at $27m as of July 17.

Aegean Paradise will be delivered to Kingston Maritime at ST Marine Ltd Shipyard in Singapore.

Built for Japan Cruise Line, the ship sailed as Orient Venus until 2005 when it was sold to First Cruise One Corp., controlled by the Restis Group of Greece, and renamed Cruise One. After an upgrade in Greece it operated on charter to Delphin Kreuzfarhten as Delphin Voyager.

Following Delphin's insolvency in 2010, it eventually was acquired by Hainan Cruise and sailed briefly as Hainan Empress before going on charter to Quail Cruises/Happy Cruises as Happy Dolphin. After that company's collapse, the vessel was chartered to Turkish tour operator Etstur, and has sailed as Aegean Paradise from Turkey.