Hope for cruise recovery in the British Virgin Islands 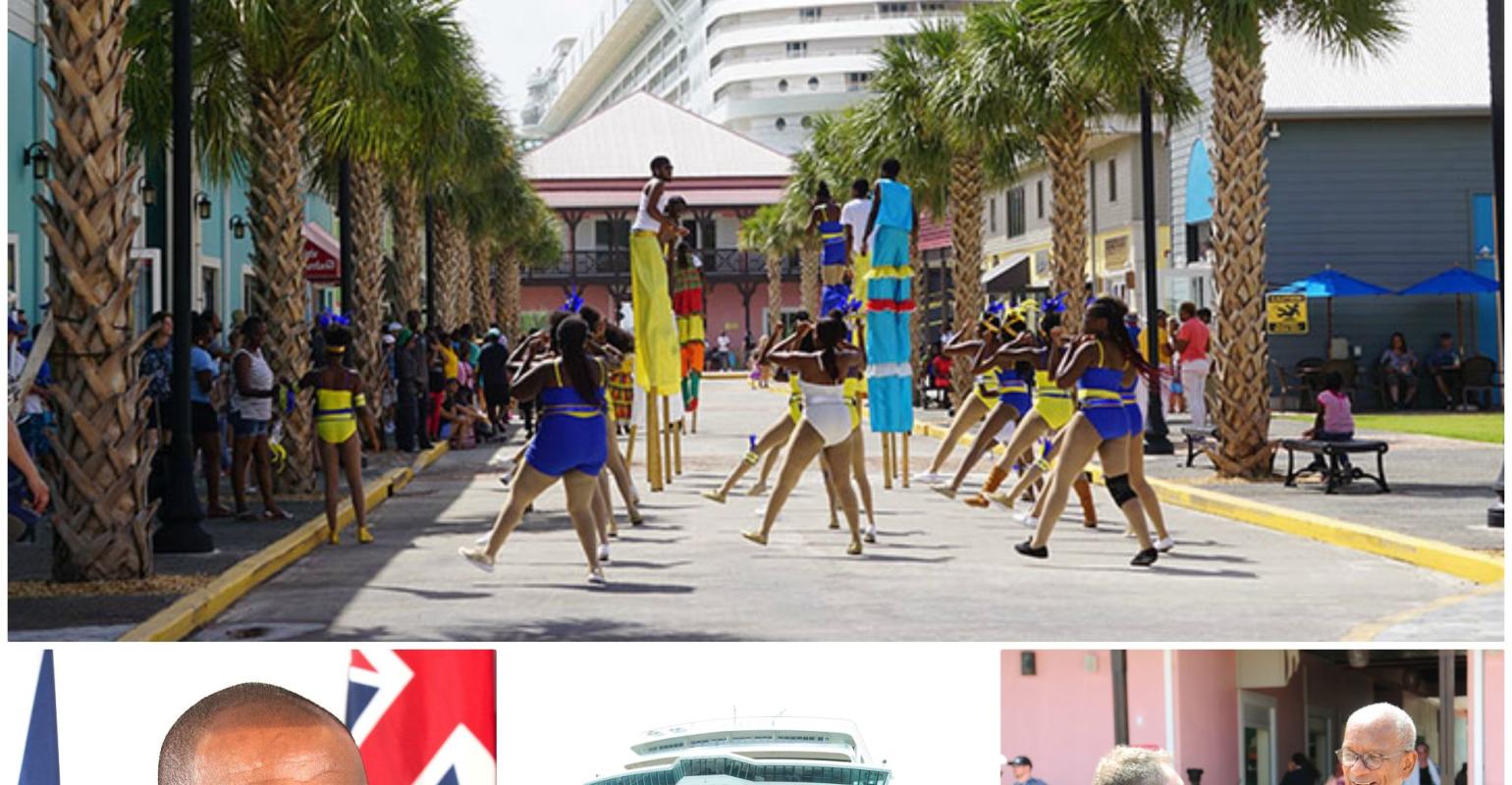 Top: A parade welcomed Disney Fantasy's first call back on Aug. 28. Bottom, from left: Mark Vanterpool, minister for communications and works; Norwegian Getaway, due to return Oct. 18; Premier Orlando Smith greets a Disney cruiser
As the British Virgin Islands head into their first cruise season following last year's devastating hurricanes, Mark Vanterpool, minister for communications and works, said the territory's visitor attractions are 'pretty much back' and he's hopeful numbers will recover to top half a million passengers.

Tortola is a prime Eastern Caribbean destination for a number of operators, and Disney Cruise Line and Norwegian Cruise Line have long-term agreements to use the cruise pier there.

Norwegian Getaway is scheduled to return Oct. 18, an important occasion when Vanterpool and Premier Orlando Smith plan to visit the ship, as they and Gov. Augustus Jaspert did on Aug. 28 for the return of Disney Fantasy after its yearlong absence following hurricanes Irma and Maria.

Talking with Disney passengers, officials were heartened by their enthusiasm for what they experienced in Tortola. 'We were very pleased with the feedback,' Vanterpool said. 'We were happy the passengers enjoyed it.'

Disney Fantasy cruisers were treated to a parade and steel pans, and a similar welcome is in store for Norwegian Getaway.

At Tortola Pier Park, 56 shops, or 75% of the total, are open, 'and we're pushing to have most open by November/December,' Vanterpool said. All beaches are expected to be open by December, and the sand, he reported, is 'very nice.' Waterborne excursions and transport to sister islands are operating.

Long Bay Beach on Beef Island, near the airport, was improved with amenities like restrooms and vendors to take some of the pressure off Cane Garden Bay, which closed after the storms but has reopened. Vanterpool called Long Bay Beach a good addition that is well-received by cruise passengers.

One hundred restaurants are operational, and charter boat companies are back in business. When it comes to attractions, more than a dozen, including a zip line, are open. However, the dolphin encounter, Vanterpool said, won't be back until next year.

The minister expressed appreciation for the input and support of partners like Disney, Norwegian and the Florida-Caribbean Cruise Association, and noted MSC Cruises even provided a large, semi-permanent structure to serve as a temporary school.

'We've worked well with our partners. Disney and NCL have guided us,' Vanterpool said. 'We went one day at a time to get it all working.

'There is still lots to do,' he added. 'We have to continue working on our roads and infrastructure.' The minister estimated costs to get the BVI back into shape for cruise tourism are going to exceed $10m.