How can the Caribbean compete with China—and Cuba? 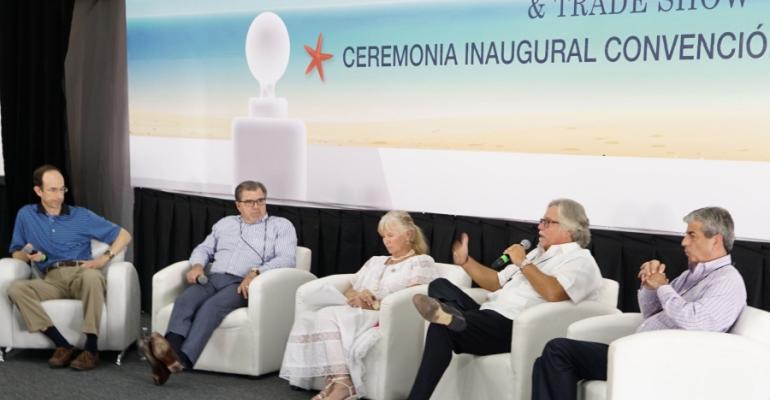 Micky Arison - If the US embargo of Cuba ends, the Caribbean overall will benefit (Photo: FCCA)

Caribbean destinations sought advice from top cruise leaders about how the region can compete with China and even with Cuba during the CEO Round Table at the Florida-Caribbean Cruise Association Conference in Cozumel.

The emergence of China actually 'helps all of us,' according to Rick Sasso, president of MSC Cruises USA. If the Chinese take to cruising, they will look for destinations beyond their region and that means opportunity for the Caribbean.

'It's not a case that all ships are going to go to China,' added Frank Del Rio, president and ceo of Norwegian Cruise Line Holdings. He noted 40% of his company's capacity is in the Caribbean and that's likely to continue. Norwegian Escape, debuting soon, will be another big year-round ship for the region.

The orderbook is known out to 2021 and not all newbuilds are going away from the Caribbean, Del Rio added. 'We want to bring ships here.'

Micky Arison, chairman of Carnival Corp. & plc and of the FCCA, seconded that. Though Carnival will build vessels dedicated to China, it currently has six ships out of a fleet of 100 designated for Chinese customers—just a 5% sliver of the business.

When it comes to Cuba, Carnival Corp. so far has the small Fathom brand planning to send one ship on the type of people-to-people cruises that are currently sanctioned by the United States. That kind of operation is of limited scale, Arison said.

'The potential if the embargo is lifted is enormous,' he added, cautioning: 'The signals I'm getting is that is not going to happen any time soon.' While President Obama would do away with the embargo if he had his way, opponents in Congress maintain their strong anti-Castro stance.

'It's like the lifespan of the Castro brothers is the time frame. If that's the case, it seems endless,' Arison stated.

But if the US embargo ever ends, 'overall the Caribbean will benefit,' the Carnival chief said. 'Within individual destinations, there will be winners and losers,' he added, without elaborating which those may be.

'The number of Carnival ships [sailing to Cuba] will go up dramatically and yields will go up when Cuba truly opens up,' Arison said.

Sasso noted the cruise industry has thrived for 40 years without access to Cuba. That said, MSC Cruises will introduce sailings from Havana this winter that are marketed to Europeans and Canadians.

Meanwhile, other new destinations are emerging in the Caribbean. They include Harvest Caye in Belize, which Norwegian Cruise Line Holdings is investing more than $100m to develop. It's due to open in February and Norwegian plans to take half a million passengers a year, Del Rio said.

Cruise lines have gone to the forefront of inspiring Caribbean development, Royal Caribbean's Goldstein pointed out. Falmouth in Jamaica and Amber Cove in the Dominican Republic are among the examples of cruise-line-led developments 'happening with your cooperation,' he told FCCA delegates.

Goldstein added this scale of investment would have been 'unthinkable 25 years ago.'