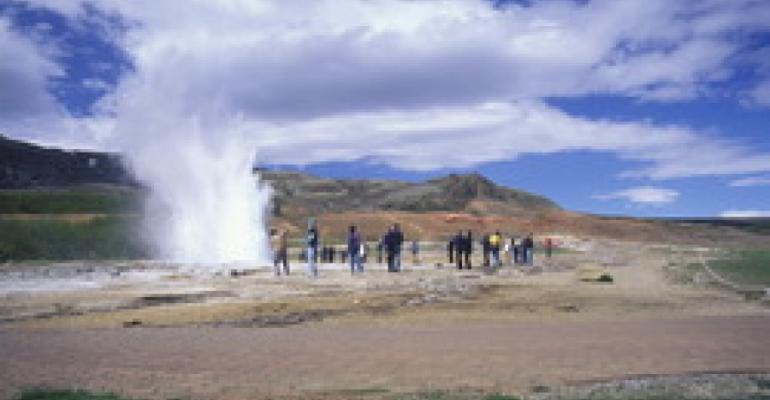 Iceland Travel reports a huge hike in visitors for its 'Ice En Route' pre/post cruise stop over package this summer, with 2,196 passengers stopping off in Iceland for three nights and four days vacation.

The concept was first introduced to the cruise industry during the 2010 Cruise Shipping Miami(rebranded Seatrade Cruise Global), where it garnered interest following a feature in the Seatrade Today show daily newspaper, says Liz Gammon of Iceland Travel.

'The article showcased the many advantages of including a stop off in Iceland en route to or from a cruise holiday anywhere in the world. Alongside the International airport in Keflavik being a well located hub for Icelandair flights to more than 20 European destinations and 16 US/Canada ones, national carrier Icelandair also includes a free stop over deal whereby passengers can stay in Iceland for up to seven nights with no additional airfare charge.' Gammon explains.

She said, 'I had a gut feeling that passengers were going to love this new fly cruise option and so far these instincts have proven to be correct. We welcomed our first Ice En Route passengers during summer 2014, with a total of 102 passengers stopping off in Iceland for three nights and four days. This summer those numbers have  increased  2053% year on year. '

Summer 2016 indicates an additional increase with 4,086 passengers currently confirmed and a further 5,823 already on the radar for 2017, she adds.

The current 3 night/4 day Reykjavik stop over provides passengers with an opportunity to bathe in the warm therapeutic waters of the famous Blue Lagoon Thermal Spa, enjoy a full day “Golden Circle” tour taking in Iceland’s top three tourist attractions, the Gullfoss waterfall, the UNESCO site of Thingvellir and the spouting geysers at the Haukardalur thermal field. A city orientation tour is also included.

'The dramatic increase in passenger numbers clearly indicates the popularity of this stop over package. As a result we are expanding the programme into the winter and shoulder seasons. Passengers can then add Northern Lights hunting to the current list of tour activities included,' concludes Gammon.

Iceland has traditionally been seen as a summer cruise/vacation destination; however winter visitor interest is up. Cruise lines are also moving with the trend and are booking calls earlier.

2016 will see Cruise & maritime Voyages' Magellan visiting Iceland in early March and will include an overnight stay in the capital Reykjavik on March 6-7.