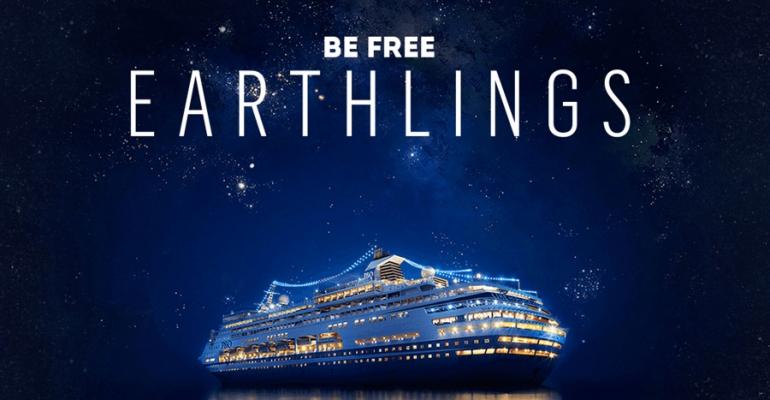 There is extensive print coverage of the campaign to convert more ‘earthlings’ into ‘cruiselings.’ It will roll out on television stations across Australasia on November 9, before moving onto billboards and into cinemas.
‘Master and Commander’ and ‘Crocodile Dundee’ director Russell Boyd was director of photography and the television commercials feature a soundtrack by the Prague Philharmonic Orchestra.
P&O Cruises Australia’s marketing and distribution director, Simon Cheng, said the ‘Be Free Earthlings’ advertising is built on the company’s earlier ‘Like No Place on Earth’ campaign.
‘P&O Cruises is about to enter a new era of cruising with its biggest ever fleet so we really wanted an advertising campaign which would make people appreciate how a cruise holiday takes you to another world, free from the routine of life,’ Cheng said.
‘This campaign really conveys the feeling of escape, freedom and space that a P&O cruise delivers.’
The company’s two latest liners, converted Holland America Line ships Pacific Aria and Pacific Eden, join its existing three ships in November next year, taking the fleet to five.
Copyright © 2022. All rights reserved. Seatrade, a trading name of Informa Markets (UK) Limited.
TAGS: marketing cruise lines
0 comments
Hide comments
Related