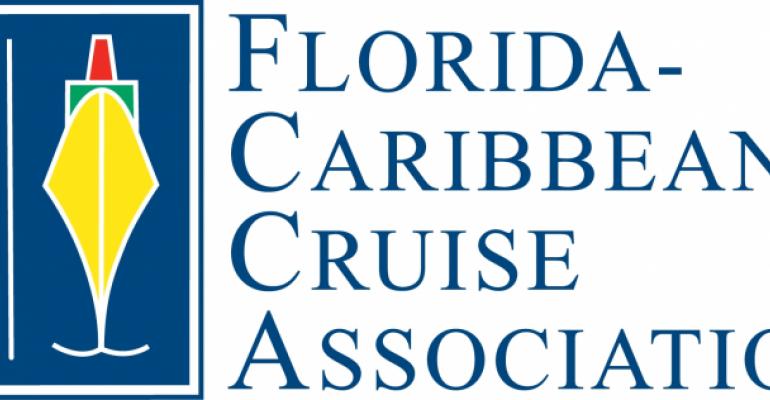 Update: The FCCA Foundation has committed to an additional 1,000 sleeping pods at a cost of $280,000. Many will go to Dominica. Michele Paige has spent a good chunk of her career helming the Florida-Caribbean Cruise Association, so she's seen a fair number of punishing hurricanes. This season is different.

The devastation is on 'island after island. The human suffering is unbearable,' she said. It's not a matter of rallying around one or two islands, it's five or more that badly need help.

'No words can even describe it,' Paige told Seatrade Cruise News. She cited a report about Dominica, where people walked 10 or 15 miles to Roseau to report the total devastation of their homes, roadways and crops. The hurricane shelters were damaged. Neighbors don't have shelter to take others in.

'Where do you go?' the FCCA president said. 'You've lost shelter, roadways, crops. If there isn't anything to eat, people will die. They lost everything.'

The association is in communication with Royal Caribbean to coordinate relief efforts in Dominica.

From Harvey to Irma to Maria, the FCCA and its member lines are stepping up. They've carried evacuees, and the ships of Carnival, Norwegian and Royal Caribbean, to name a few, are transporting food, water, supplies and shelter. A non-FCCA member, Bahamas Paradise Cruise Line, chartered its ship for use by the Federal Emergency Management Agency in St. Thomas.

Other associates and companies that do business with the Caribbean have stepped up, too. FCCA Platinum Member Eventstar Structures—which provided the temporary facilities for FCCA conferences and trade shows in St. Maarten and Cozumel, is contributing sleeping pods and larger, general purpose structures.

The FCCA Foundation is paying $500,000 toward the purchase of these supplies; Eventstar donated 600 sleeping pods and is building the semi-permanent structures at cost.

Tropical Shipping, another Platinum Member, is transporting two containers of goods to places cruise ships can't reach, at no charge, and islands like St. Kitts have served as transshipment hubs for the distribution of relief supplies to neighboring islands.

Much of the FCCA's role now is 'connecting the dots and making it happen,' Paige said. She credited SVP Adam Ceserano for his 'unbelievable' effectiveness in working with partners to come up with solutions like the Eventstar sleeping pods, and coordinating logistics for relief supplies.

'There are all these sufferings and losses being experienced. It's so rewarding that these powerful friendships built over the years are coming to good stead,' Paige said.

She quoted Frank Del Rio, president and CEO of Norwegian Cruise Line Holdings, who, explaining why his company is compelled to help the stricken islands, simply stated: 'They're our family.'

The FCCA is in close contact with St. Lucia Prime Minister Allen Chastanet, chairman of the Organization of Eastern Caribbean States, who's playing a leading role in the region's response.

In a CNBC interview, Chastanet called the situation 'very, very bad.' But, recounting past catastrophic hurricanes, he talked about how islands have bounced back.

'The resilience of the Caribbean is extremely strong, and we are brothers and sisters so whereas there may be other events taking place around the world and the priority may not be us, we have always bound together to make things happen,' Chastanet said.

He credited the FCCA and member lines for their help.

According to Paige, the association has regular communication with the USVI, St. Maarten and the Bahamas, but communication is 'very limited' with the BVI. Dominica is 'just devastated,' and when she spoke with Seatrade Cruise News, Hurricane Maria was just bearing down on Puerto Rico.

This season's hurricane impact 'isn't something to be solved in a day or in weeks,' Paige said. 'It is long-term.'