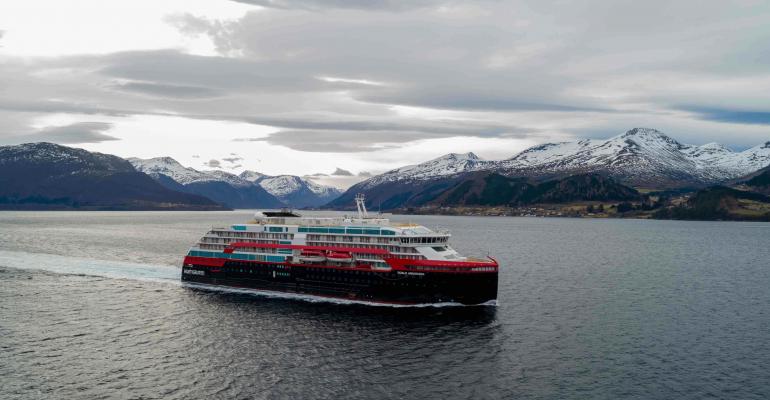 The ship is undergoing final outfitting at Kleven yard.

‘Over the weekend, the on-board interior work has not progressed as expected. Unfortunately, this means that we must adjust the plans for her maiden voyage, said Rune Thomas Ege, VP global communications, Hurtigruten.

‘Putting an unfinished ship into operation is not an option. Neither is cancelling her maiden voyage,’ Ege added.

Depending on where passengers are traveling from, Hurtigruten confirmed it will arrange their transportation to Tromsø.

Since Roald Amundsen is being finished at Kleven on the Norwegian coast, instead of travelling from Norway to Germany and back, the ship will now start its maiden voyage directly from Norway.

From Tromsø Roald Amundsen will sail to the North Cape, travelling to Kirkenes, near the Russian border before continuing to Honningsvåg and Hammerfest before visiting Lofoten and Reine. The ship will then call at Brønnøysund before continuing to Kristiansund, Molde and Florø. The cruise will end at Hamburg July 11.

Named after the polar explorer Roald Amundsen, the ship is fitted with large battery packs and other green solutions.