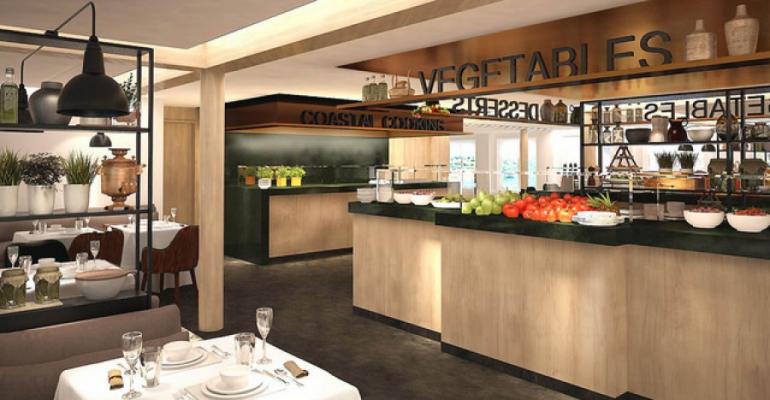 Hurtigruten has begun the process of upgrading four of its 11 Norwegian Coastal Voyage ships, as well as adding a new expedition ship, Spitsbergen, its first in 10 years. The extensive refurbishments of Kong Harald and Polarlys have been completed and are receiving rave reviews from passengers, the company said. The makeovers of Nordkapp and Nordnorge will be completed in April and November, respectively.

According to ceo Daniel Skjeldam, the Hurtigruten experience is being reinvented. 'By combining tradition, innovation and sustainability, we aim to ensure the position as world leader in nature-based explorer travels in polar waters,' he said.

The ships' look, dubbed 'New Artic Interior,' includes the replacement of the interiors and furnishings typical of the 1990s with a modern Scandinavian look, drawing inspiration from the nature outside the panoramic windows. The design is stylish yet unpretentious and affects all common areas—reception foyers, cafes and bistro areas and the aft deck.

The colors are earthy and derived from the coast and the sea, and the design incorporates natural materials such as wood, slate and leather. Designs and shapes are intended to resemble those found in nature, such as waves and fjords.

The dining is also being transformed with the 'Coastal Kitchen' concept. Hurtigruten partnered with dozens of local food suppliers to source seasonal ingredients, often harvested the same day. A range of fresh pastries from the ship’s own bakeries are offered and barbeque stands are being added to the outside decks.

In other refurbishment changes, the bar is relocated to the panoramic lounge. And fitness rooms will now have views.

Meanwhile, Hurtigruten said it is practically reconstructing an acquired 2009-built vessel for polar waters. Renamed Spitsbergen, the ship is getting improved propulsion and environmental systems, and upgraded cabins, suites and public spaces for 320 passengers. Spitsbergen will join the fleet along the Norwegian Coastal Voyage route later this spring, replacing Midnatsol, which heads to Antarctica, along with Hurtigruten's Fram, for the 2016/17 season.