Hurtigruten's Roald Amundsen to be named in Antarctica 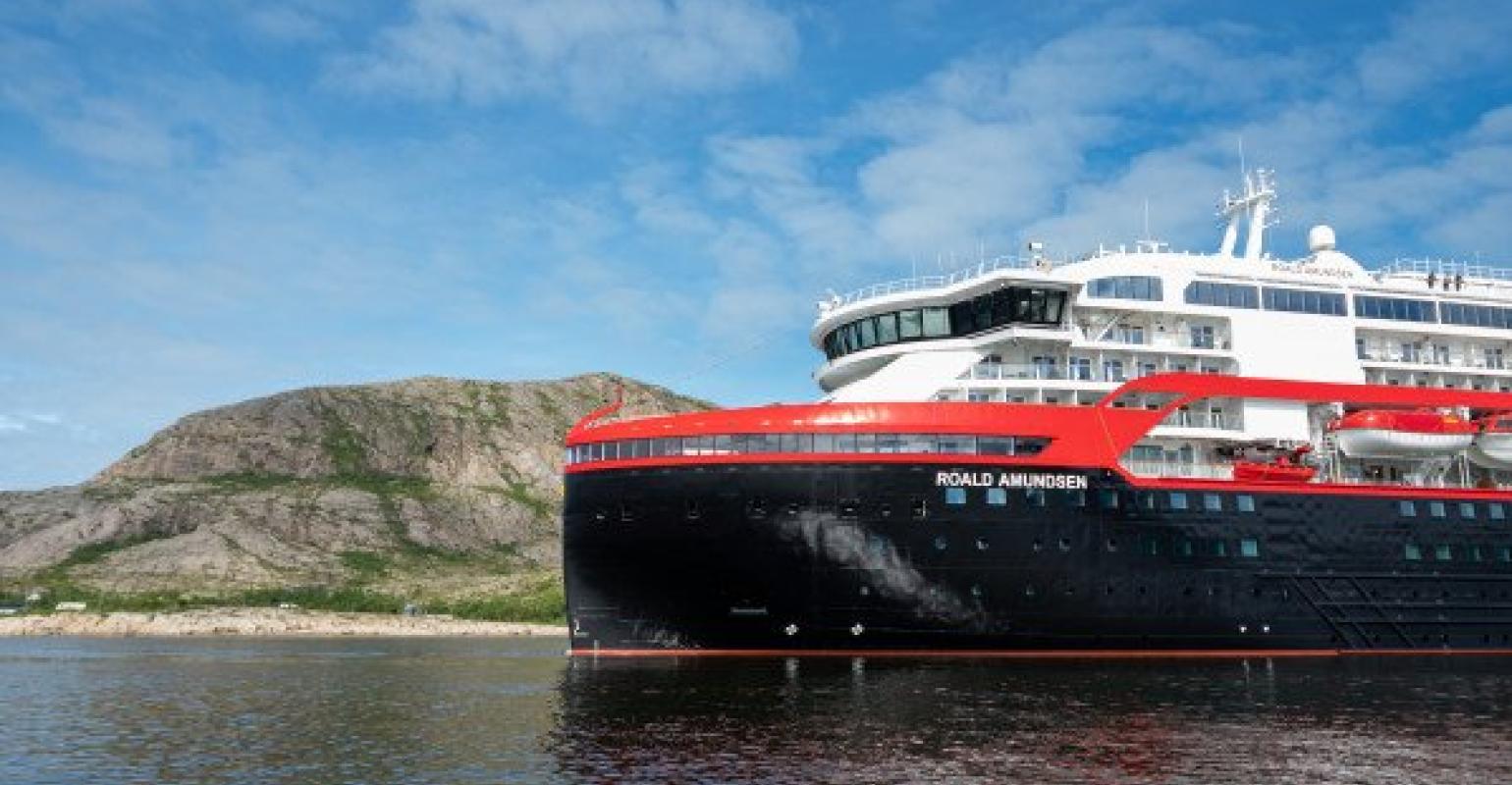 The naming ceremony will take place in a few months when the expedition vessel makes its way to the White Continent on its maiden Antarctica voyage.

'We can think of no better place to name the truly unique MS Roald Amundsen than the waters of Antarctica, where no ship has ever been christened before,' Hurtigruten CEO Daniel Skjeldam said.

Named in ice, with ice

When christening his famed expedition ship Maud in 1917, Amundsen switched the traditional champagne for a chunk of ice. Before crushing the ice against Maud's bow, he stated: 'It is not my intention to dishonor the glorious grape, but already now you shall get the taste of your real environment.

Godmother to be annnounced

Hurtigruten — and the yet to be disclosed godmother — will use the same ritual when naming Roald Amundsen.

The expedition vessel became the world's first cruise ship to sail for a stint purely on battery power as it left Kleven Verft on its maiden voyage off the coast of Norway in late June.