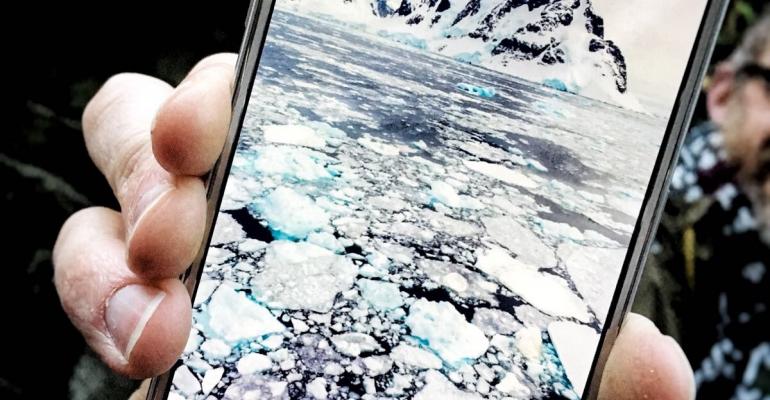 The International Association of Antarctica Tour Operators launched a free iOS and Android app for staff guiding visitors in Antarctica that makes it quick and easy for users in the field to access essential information, without the need for a phone signal.

IAATO developed the new 'Polar Guide: Antarctica' app to include existing operational procedures and guidelines for wildlife watching, visiting specific sites, being a responsible Antarctic visitor, preventing the introduction of alien species and more. The app is also intended to be a useful resource for anyone visiting or keen to learn more about Antarctica, the Antarctic Treaty and the work being done to preserve the continent’s landscape and wildlife.

Lisa Kelley, head of operations, IAATO, called it 'the perfect support tool for IAATO staff in the field.' She said users can quickly refer to essential information to meet all IAATO and Antarctic Treaty System requirements for safe and ethical operations on and around the White Continent.

IAATO launched the app on Antarctica Day, Dec. 1, which celebrates the signing of the Antarctic Treaty 58 years ago.

The app will allow users to stay up to speed with the latest IAATO vessel and International Maritime Organization information for effective yacht and ship operations. It also will enable them to support Antarctic science and conservation while enhancing their experience in Antarctica by learning about selected citizen science projects.

'IAATO Polar Guide: Antarctica' can be downloaded here for iOS and here for Android.