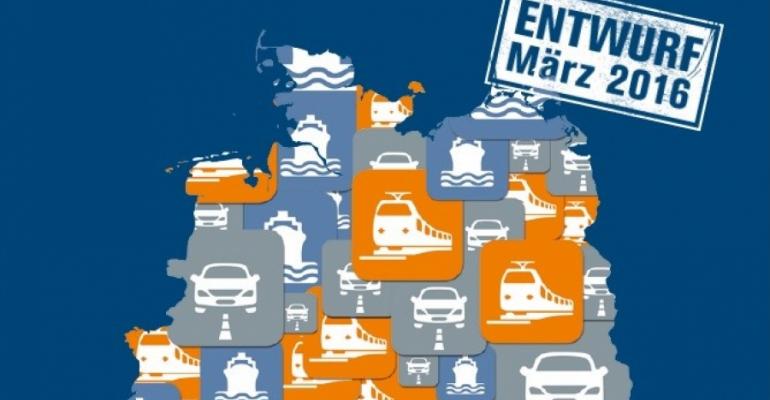 IG RiverCruise expressed support for Germany's 2030 Transport Infrastructure Plan, which includes a number of inland waterways improvements. In other news, the association of 22 European operators deploying more than 200 river ships is acting to increase the labor pool for river cruising.

'IG RiverCruise appreciates the federal government’s efforts to retain and extend the navigability of German waterways. This applies especially in view of the fact that the river cruise industry will further gain in importance in the next years,' the association said in a statement.

IG RiverCruise noted Europe's river fleet has grown 22% over the past five years and another 20 new ships are due for delivery this year.

In the massive €264.5bn, 15-year plan, covering road, rail and inland waterways, €7bn is earmarked for extensions and newbuilding projects in the inland waterways. New projects include dredging and flood protection along the Danube River between Straubing and Vilshofen, constructing along the Moselle seven new lock chambers (as second chambers to add capacity to existing locks) and deepening the Kiel Canal. The investments planned along the Danube and Moselle in particular facilitate the development of river cruising.

The updated Transport Infrastructure Plan is open for public comment until May 2. After possible amendments, the plan will be considered by the cabinet in the summer before being passed on to the federal parliament to be finalized by January.

Besides infrastructure development, another long-time focus of IG RiverCruise is meeting the challenge of recruiting sufficient staff for the growing European river fleet. To that end new developments are under way, as IG RiverCruise president Thomas Bogler revealed: A pan-European agreement on working time in the inland waterways trade has been settled and is due to be enacted by the end of this year. This rounds off the regulatory framework for employment aboard river cruise vessels in Europe.

Beyond legal requirements, the operators have done much to attract new staff in the increasingly tight labor market, for example, by investing into more modern single and double crew cabins.

'Based on the rising demand for river cruises the cruise industry is going to generate many new jobs, both in the nautical and the hotel sector,' Bogler said. He added future personnel will be recruited both in Europe and abroad, as Western Europe's labor market is no longer able to supply enough qualified staff.