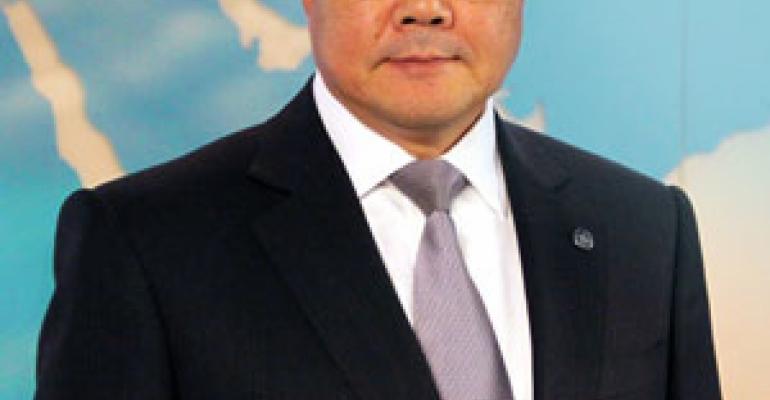 Sekimizu - 'What went wrong? What were the lessons learned? What measures have been adopted or will be adopted in response?'

The International Maritime Organization's chief is pressing for a clear, concise response to the Costa Concordia incident and said IMO's credibility depends on it.

Two years have passed since the deadly grounding and 'enormous amounts of time and energy have been expended and hundreds of pages of documents have been generated. The cruise industry itself is also working hard to improve safety procedures,' IMO secretary general Koji Sekimizu said in opening the 93rd session of the Maritime Safety Committee last week.

'On this basis, you may conclude that the IMO mechanism is working and you may respond to anyone who wants to know what IMO has done by referring to the hundreds of pages of the casualty investigation report, all the related documents submitted to the Committee, the outcome of its deliberations thus far and the fact that it is still responding to the accident and thus IMO is working.

'But for me, such a statement is not good enough.'

Sekimizu said IMO must be able to summarize what actions have been taken to date and what more the Committee will do, two years after the accident.

'In my view, what the general public and maritime community wish to know is not that IMO has produced hundreds of papers. The general public and I would like to have simple answers to simple questions: What went wrong? What were the lessons learned? What measures have been adopted or will be adopted in response?'

If the MSC cannot respond to such simple questions in a concise but also comprehensive manner two years after the accident, who can say that IMO has responded well? Sekimizu asked.

Should the MSC not clearly provide a definitive statement on its Costa Concordia response, 'IMO's credibility as the global safety standard-setting body in the United Nations system will be seriously questioned,' Sekimizu warned.

He concluded that the MSC should review all that has been done to date and summarize the current status of IMO's response. 'I sincerely hope that, after the eight days of this session of the Committee, a clear response will be forthcoming to my questions so that the general public will be in no doubt about the effective role and action taken by this organization.'

Sekimizu had prefaced his remarks by noting he flew over the Costa Concordia wreck the week before on his way back to London from Rome after a meeting of the Chief Executives Board of the United Nations.

The IMO chief recalled how, immediately after the accident that led to the deaths of 32 people, he called for the casualty investigation and for its report to be submitted to IMO. This has been done and, since then, three sessions of MSC have debated the issue.

The Committee is scheduled to continue its work through Friday.