IMO secretary general among those honoured at the Seatrade Awards 2015 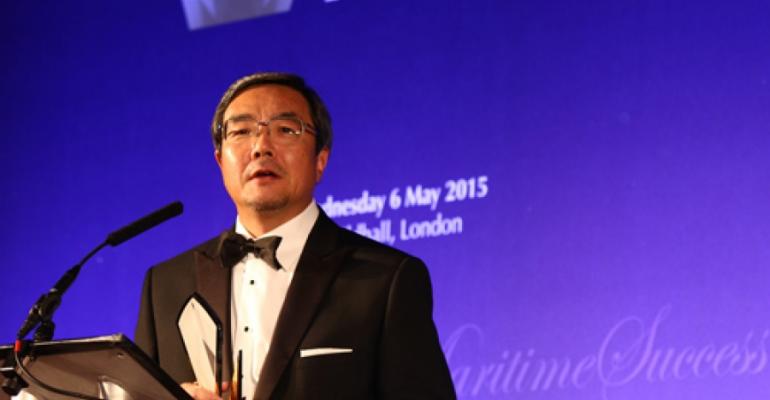 Eminent figures from across the shipping industry gathered in London’s Guild Hall last night to honour the achievements of the past year, and of distinguished careers at the Seatrade Awards 2015.

Guest of honour Alderman The Lord Mountevans, and a broker at Clarksons, welcomed guests to the Guild Hall, which falls within Cheap, his ward within the City of London.

Among those collecting awards in front of over 330 guests were IMO secretary general Koji Sekimizu, who received the Seatrade Personality Award.

‘I would like to humbly receive this great honour for all people who support the IMO, including all the staff members of the secretariat and my family,’ added Sekimizu, before devoting the award to his wife.

The award for countering piracy drew strong support from the audience as the achievements of retired colonel John Steed in returning seafarers held hostage in Somalia to their families were listed.

A panel of judges from among the industry's leading figures, led by IMO secretary general, independently selected the winners of the competitive categories in the afternoon, with special awards given by Seatrade.

A full account of the evening and winners can be found at Seatrade Global, our sister online publication for the general maritime sector.