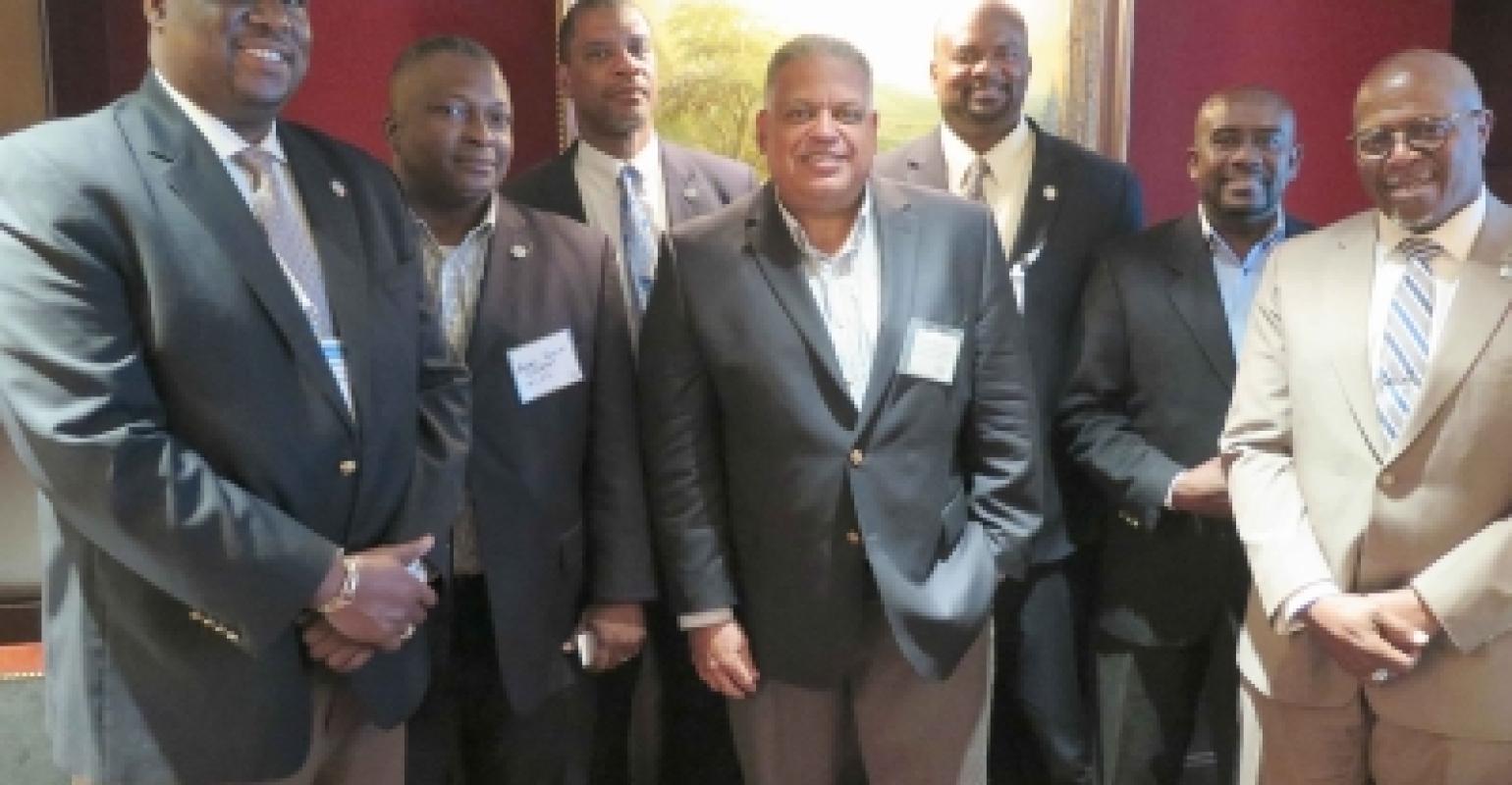 Boschulte credited cruise ships' swift return after the 2017 hurricanes for playing a big part in the USVI's recovery.

'The cruise business is very, very good,' he said, with 1.5m passengers expected in 2019, 'and next year it will be very strong as well.'

If ships hadn't come back as quickly as they did, 'our economy would still be in very, very bad shape,' Boschulte told a media luncheon at Miami's Capital Grille on Monday, timed to the start of Seatrade Cruise Global.

As the former president and CEO of West Indian Co., Boschulte knows the cruise business well. He said the territory was fortunate to have piers strong and sturdy enough to surive Category 5 hurricanes.

They're spreading the message that the Virgin Islands are open for business.

'We are still in recovery but we've come a long way,' Boschulte said. Eighty percent of hotel rooms are online, with several key properties set to reopen in the coming months, and Spirit Airlines will be increasing nonstop departures from Fort Lauderdale. St. Croix is back to pre-hurricane flight capacity, while St. Thomas is at 80%, he said.

Soon water taxis will launch to ease congestion on the roads in downtown Charlotte Amalie.

Some remnants of devastation can still be seen but the Virgin Islands are 'in front of the renovations,' according to Boschulte.

Another key message for Seatrade attendees is that St. Croix is 'its own island' with 'its own set of attributes.

'We are definitely promoting St. Croix to the cruise lines,' Boschulte said. 'I see St. Croix being the next big jump up.'

A further focus for the incoming tourism commissioner will be refreshing USVI's tourism product.

Boschulte called the Virgin Islands a gem, adding: 'Sometimes you need to polish it up a bit to get that shine back.'