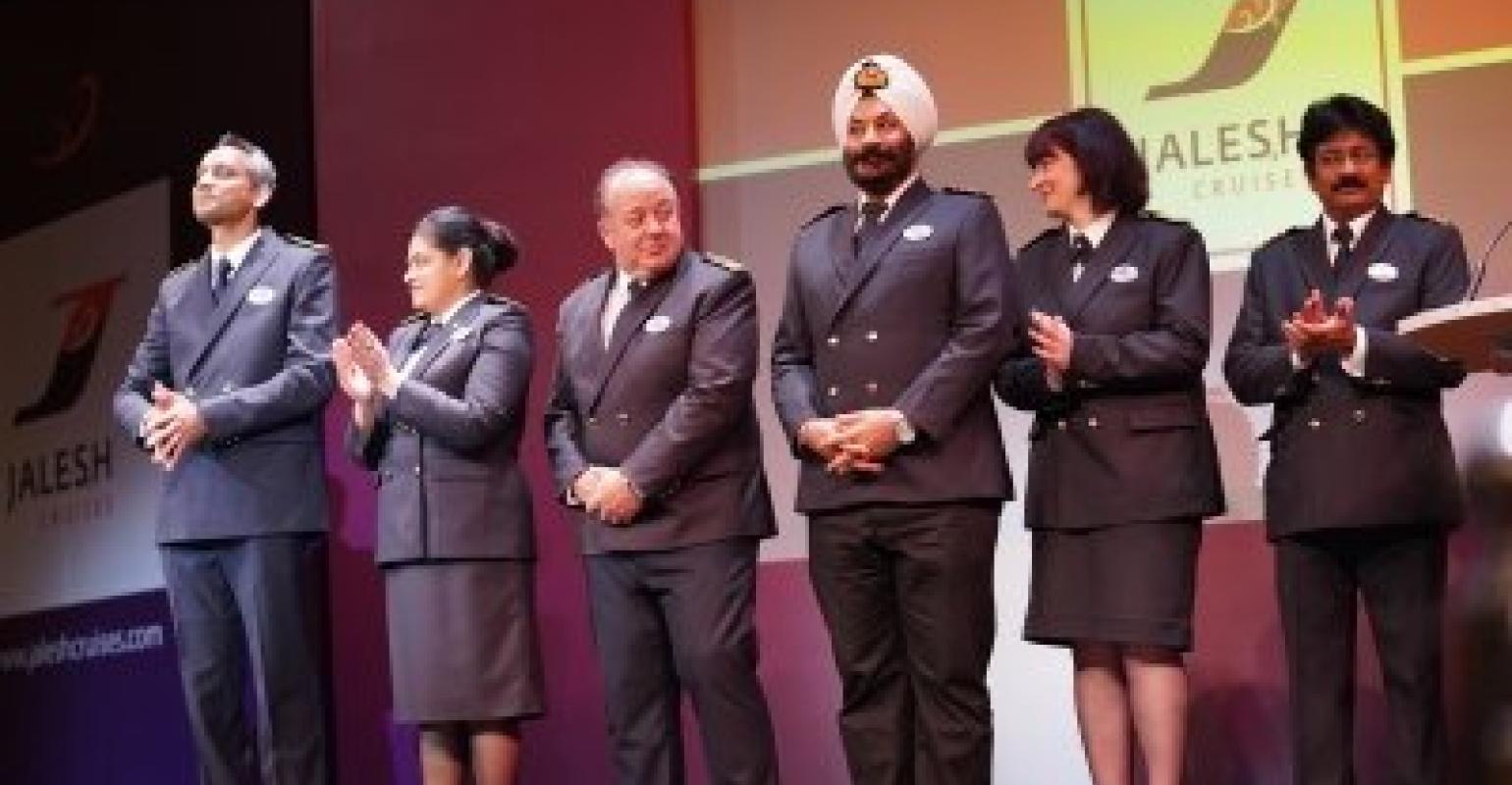 Karnika is named after a celestial nymph, who according to legend emerged when gods and demons churned the ocean for ‘amrit’, the elixir of life.

The name also reflects a true Indian identity, drawing inspiration from the first Indian ghat (a flight of steps leading down to a river), Manikarnika in Varanasi, considered one of the oldest Indian cities.

The ceremony began with a group of priests chanting hymns, as the head priest broke the traditional coconut.

This was followed by the godmother, Shreyasi Punit Goenka, daughter-in-law of chief guest, chairman of the Essel and Zee TV group of companies, Subhash Chandra, naming the vessel.

Homeported in Mumbai before switching to Dubai

The 70,285gt ship, owned by Zen Cruises and operated by Jalesh Cruises, is homeported out of Mumbai.

It will undertake 15 sailings on the Mumbai-Goa-Mumbai and Mumbai-ocean-Mumbai routes between now and mid-May.

Karnika will then embark on its first international sailing from Mumbai to Dubai on May 24, where the ship is based until mid-September, before returning to Mumbai.

Bernhard Schulte Cruise Services has been awarded technical management of the vessel.

Built for Sitmar Cruises in 1989 by Fincantieri in Monfalcone, Italy, Karnika started life as Crown Princess; and was transferred to P&O Princess Cruises after the latter organisation acquired Sitmar. She was acquired in 2003 by Carnival Corporation, and sailed as the Pacific Jewel for a decade between 2009 and 2019, before being purchased by Zen Cruises.

On board are nine bars and three fine-dining restaurants, serving Indian cuisine at Waterfront and Chef’s Table and Thai, Malay, Korean, Mongolian, Taiwanese and Japanese cuisine at Chopstix.

The ship also hosts nine buffet and food stations offering a variety of delicacies, ranging from street food and barbecue to international grill, patisserie and frozen desserts. There is dedicated cuisine for Jain passengers.

Karnika provides a variety of on-board entertainment for children as well as adults offering Broadway shows, burlesque performances, casino, music and dance nights, movie screenings and adventure activities, among others.

The on board spa offers a host of aromatic and natural techniques for relaxation. A state-of-the-art fitness studio and multi-purpose salon facilities are also available to passengers.

Jurgen Bailom, president & CEO of Jalesh Cruises, said, ‘We are immensely proud to give India its first premium ship Karnika, which has been curated to indulge and entertain you in true Indian style. She is a beautiful ship designed to enthrall both domestic and international guests with famed Indian hospitality.

‘Our ship will make it possible for Indians to experience cruise vacations closer home, with high level of customisation that touches the sensibilities of people here,’ he added.