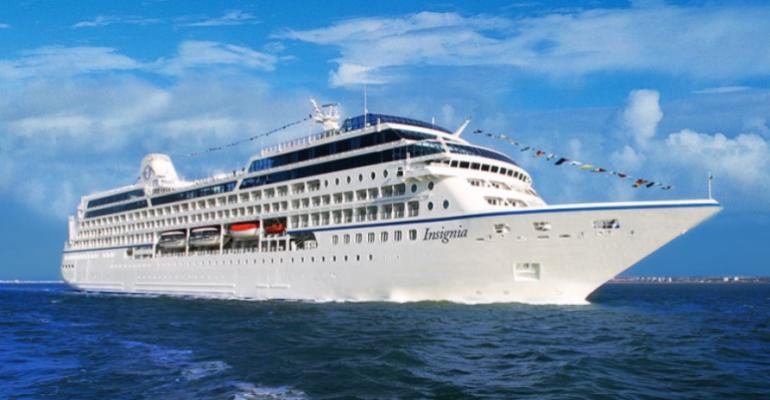 Insignia's 2017 circumnavigation has new stops in Ireland, Spain and Turkey

Oceania Cruises will chart Insignia's fourth 'Around the World in 180 Days' voyage in 2017. Sailing round-trip Miami, the ship will visit six continents, 36 countries, 50 UNESCO World Heritage Sites and 98 ports, including stops in Ireland, Spain and Turkey not offered during its previous world cruises.

'The fact we are now preparing a fourth iteration of this epic 180-day voyage is a testament to its appeal,' said Jason Montague, president and chief operating officer for Oceania Cruises.

Sailing from Miami on Jan. 6, Insignia will cross the Caribbean on a southern course to South America, pass through the Panama Canal and make several calls at Central America's Pacific coast. After San Diego, California, the ship will cruise to the Hawaiian Islands, French Polynesia, American Samoa, Fiji, Vanuatu and New Caledonia.

Following numerous stops throughout Australia and New Zealand, Insignia will cross the Timor Sea to Indonesia and explore the Java Sea before passing through the Karimata Strait to Malaysia. Sailing the South China Sea the ship will call at Brunei, the Philippines, Taiwan, China, Vietnam, Thailand and India. From there the course continues to the Arabian Sea to the United Arab Emirates and Oman.

Next Insignia cruises the Red Sea to Jordan and Egypt before transiting the Suez Canal to Israel and southern Turkey. An extensive period of time is planned in the Mediterranean, visiting Greece, Italy and Spain before reaching Gibraltar. The ship will sail along the Atlantic coast of Spain and call at Portugal and France before cruising the Celtic and Irish seas with several stops in Ireland.

Crossing the Atlantic, Insignia will arrive in Newfoundland before cruising up the St. Lawrence River to Québec. The ship will visit the New England coast, New York City and overnight in Charleston, South Carolina, before returning to Miami on July 6.