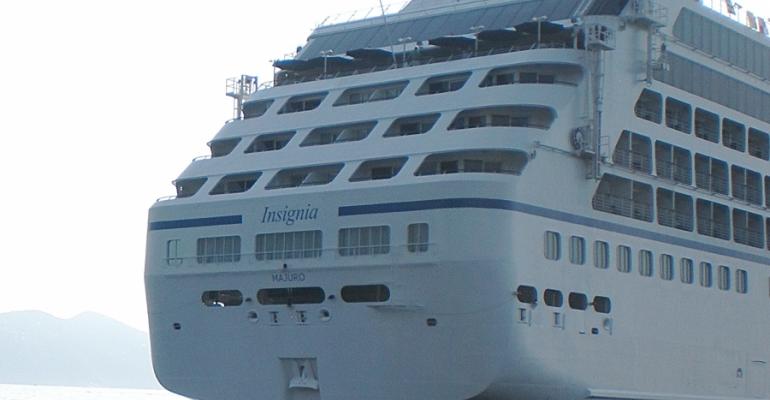 The cause of the deadly Dec. 11 Insignia engine room fire is known but it's up to the marine casualty investigators to outline their conclusions in a still-pending report, a Prestige Cruises International official told Seatrade Insider.

Robin Lindsay, evp operations, said the Marshall Islands flag state, which is leading the investigation with the participation of the United States as a substantially interested state, is expected to send its report to the International Maritime Organization in approximately three to six months.

Going to the IMO means the report becomes public, Lindsay said. He called fire 'a tragic accident,' adding there are always lessons to be learned from an investigation.

Repairs to the Oceania Cruises ship continue in San Juan, however the vessel is not in drydock, as earlier stated. Lindsay said the work is confined to the engine room.

The authorities wrapped up their shipboard findings the week after the blaze. In a statement the Marshall Islands registry confirmed the maritime administrator's investigation is not ready and when completed it will go to the IMO secretary-general.

One engine room crew member and two contract workers died in the fire that broke out when the ship was alongside at Port Castries, St. Lucia. All passengers were safely evacuated.

Insignia was subsequently towed to San Juan. The plan is to complete the repairs by Feb. 20, Lindsay said, giving a 30-day window for the ship to reposition to Singapore where it will begin an abbreviated world cruise on March 22.

The fire cut short a 10-day cruise that sailed from San Juan on Dec. 7, and resulted in the cancellation of a 24-day voyage scheduled to depart Miami on Dec. 17, along with the first three legs of the world cruise starting Jan. 10.

Norwegian Cruise Line Holdings on Dec. 23 estimated an impact of 5 cents per share in the fourth quarter of 2014 and in the first quarter of 2015, net of insurance proceeds. The company reiterated its prior full year 2014 adjusted EPS guidance of $2.28 to $2.32. That guidance did not include the results of the acquisition of Prestige Cruises, which closed in Q4, nor the impact from the Insignia fire.