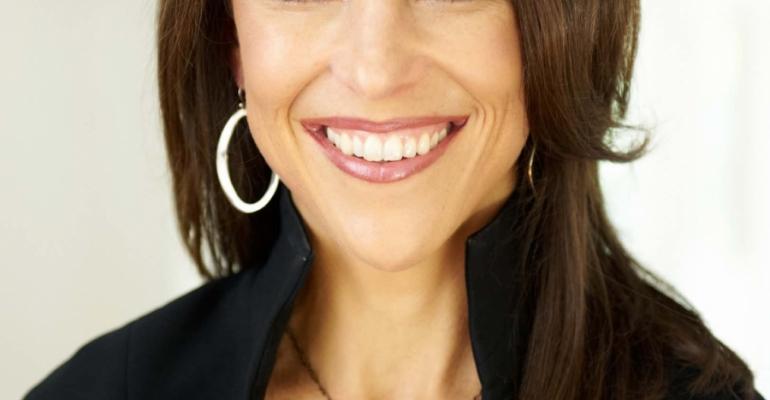 Tara Russell has a strong background in business and social impact projects. She spent 18 months developing the fathom brand, which she will helm, plus she takes a new role at Carnival Corp. & plc, global impact lead, reporting to ceo Arnold Donald.

What made her think of cruising to foster social change?

'I wasn't exactly looking for this opportunity but I've been deeply involved in scalable social impact projects and this melded the needs of communities around the world with real market demand,' Russell told Seatrade Cruise News. Fathom is 'an enormous platform that ties together' many areas of her past work.

Initially using the 710-passenger ship Adonia, fathom will carry cruisers from Miami to the Dominican Republic where they can participate in a range of projects focused on education, the environment and economic development.

Plus, on a corporate level, Russell will be working with Carnival's nine other brands on social impact opportunities and strategies that could have profound—even unprecedented—scale.

She's a 20-year veteran of the global private and public sectors, and has worked internationally for companies including General Motors, Nike and Intel. At GM, Russell was chosen to represent Saturn Corp. in the Shanghai GM New Vehicle Build & Launch Project in 1999 in China.

Most recently she founded and served as ceo of Create Common Good, a nonprofit enterprise based in Boise, Idaho, that helps people achieve self-sufficiency and financial independence by providing food service job training. Carnival Foundation donated $200,000 to Create Common Good in 2014.

After meeting several years ago through a mutual friend, Russell and Donald first worked together via Create Common Good. Later, in 2013, Russell approached Donald and the Carnival Foundation to discuss how the Carnival group might be able to implement various social impact initiatives into their operations. The idea for fathom began and grew from there.

Russell has hired some 20 brand-specific team members and expects to fill out her group to about 30.

Among her team members are travel/cruise veteran David Drier, vp fleet operations and sales, and Stephen Seabolt, vp marketing and a veteran of the Coca-Cola Co.

'We're just beginning this adventure,' she said, adding that it is 'just one piece' of what she envisions for Carnival as a corporation.

In 2014, Russell was invited by the World Economic Forum to join its global leader community and to be a founding curator for a Global Shapers World Economic Forum Community. She has spoken about social enterprise and impact innovation internationally. Russell holds a mechanical engineering degree from the Georgia Institute of Technology.

She's passionate about giving mindful individuals a way to connect to a community that has lasting, long-term benefits for both the travelers and the destination. Russell talks about fathom existing to 'put love in action,' adding: 'We believe we're building this global tribe.'