Island of Gozo finding its place in the sun 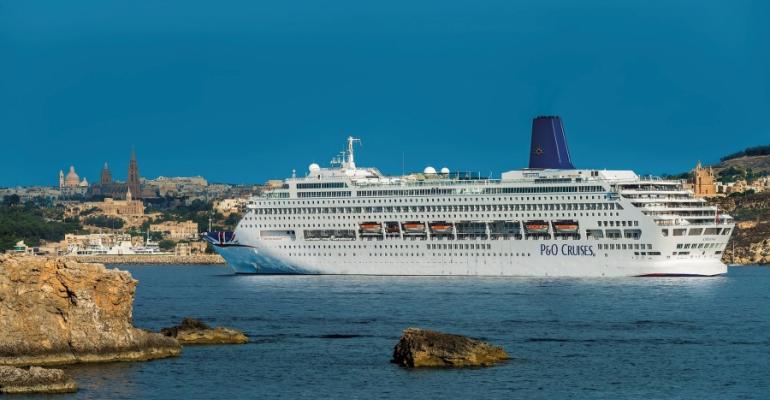 The island of Gozo, part of Malta, is gaining popularity as a cruise destination in its own right as well as featuring as a combined stop on Valletta itineraries.

Last month P&O Cruises’ Oriana anchored off Mgarr harbour, Gozo. It was a landmark call as not only was it Oriana’s maiden call to the island but also the cruise line’s first ever call to Gozo. Additionally the August 16 visit was the first time that a cruise ship called exclusively to Gozo. Out of 1,800 passengers on board, more than 1,500 disembarked on shore excursions and independently.

On August 28, Hapag-Lloyd Cruises’ Europa 2 weighed anchor in the same spot just between the island of Gozo and the island of Comino, famous for its Blue Lagoon. In the afternoon the children on-board where treated to banana rides using the ship’s zodiacs, one of which was captained by the ship’s master, Captain Ulf Wolter.

To mark this occasion the Minister for Gozo, the Hon Anton Refalo and Esther Bajada, director of Tourism & Economic Development (Ministry for Gozo) were invited onboard to meet with Captain Wolter.

The following day, Seabourn Sojourn arrived on a fifth call of the season.

Seabourn have been calling at Gozo since April 2006 when Peter Cox, then itinerary planning director added Gozo for the first time on a Seabourn itinerary. After more trial calls to monitor passenger feedback which was consistently positive, Seabourn is now Gozo’s most frequent caller.

The Minister for Gozo expressed his satisfaction with the way that Gozo was attracting high-end cruise ships that dovetailed with Gozo strategy of attracting this particular niche market.

Bajada added that ‘these calls were a huge success thanks to Gozo’s allure and to the holistic approach by stakeholders to make each call special, as well as to the warm welcome offered to disembarking passengers in Gozo.’

23 cruise ships are scheduled to anchor off the coast in Gozo this year and forward bookings are ‘very positive’ for 2016 and 2017, Bajada told Seatrade in an article featuring Malta and Gozo appearing in the September issue of Seatrade Cruise Review, publishing next week.