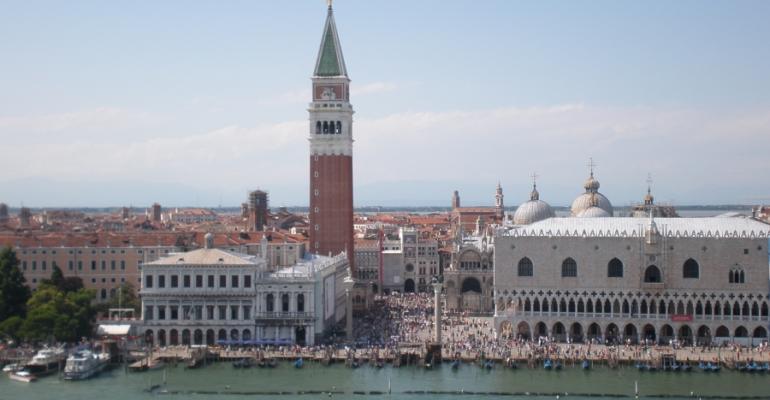 As the Italian government begins detailed consideration today of new rules covering cruise ships operating in sensitive sea areas, Venice’s port community has proposed changes to the routing of cruise ships that will at least halve traffic levels at the heart of the city.

Meanwhile, the government is also expected to declare a state of emergency at the site of the Costa Concordia, where the search operation was halted this morning after the vessel shifted once again, heightening fears of an environmental catastrophe if it slips into much deeper waters.

Roberto Perocchio, chief executive at Venice Terminal Passeggeri, which operates Venice’s booming cruise facility said the port community’s plan includes a proposal to deepen the Maramocco channel between the facility and the Adriatic Sea at a cost of €30-40m.

Under the plan, which Perocchio said has the full backing of the local port community, cruise ships would continue to use the existing route through St Mark’s Basin on arrival, departing along the Maramocco.

According to Perocchio, ‘where now there are 1,200 cruise ship passages in front of St Mark’s, there would be only 600 once the Maramocco channel is usable. In addition, we are also in the process of diverting all the local ferry traffic to Fusina, thereby removing another 600 passages at a stroke.’

He described himself as optimistic that the plan would be accepted. However, it remains to be seen how the government, and the local community, will react to the continuing passage of massive cruise ships through historic Venice given the two-year time frame for completion of deepening work on the channel and the strength of feeling about protecting Venice’s delicate ecosystem.

As Perocchio conceded, passions are running high on an issue that has long pitted some committed Venice residents against port interests, environmental fears against economic considerations.

‘We have tried in every way possible to explain to people that cruise ships represent no danger to Venice,’ Perocchio said. ‘The channel is very narrow and the route prescribed for the cruise ships is very precise. There is no possibility of diversion (as happened in the Costa Concordia case). But people are very emotional now and it is very hard to stop that wave.’

At the same time, he said, VTP will continue to invest in cold ironing in order to minimise cruising’s environmental impact on the city, while pushing forward with efforts to build new cruise berths for mega-ships in non-sensitive areas.

‘We have been proposing an additional quay in Dogaletto along the Fusina oil channel and are still discussing this with the port authority and the regional government,’ Perocchio said. ‘We are also talking about several berths that could be built right by the side of Malamocco mouth using the breakwater built at the entrance. Clearly this would be for ships in transit rather than homeporting.’