Italy stays on top in the Med, with 12m cruise visitors forecast in 2019 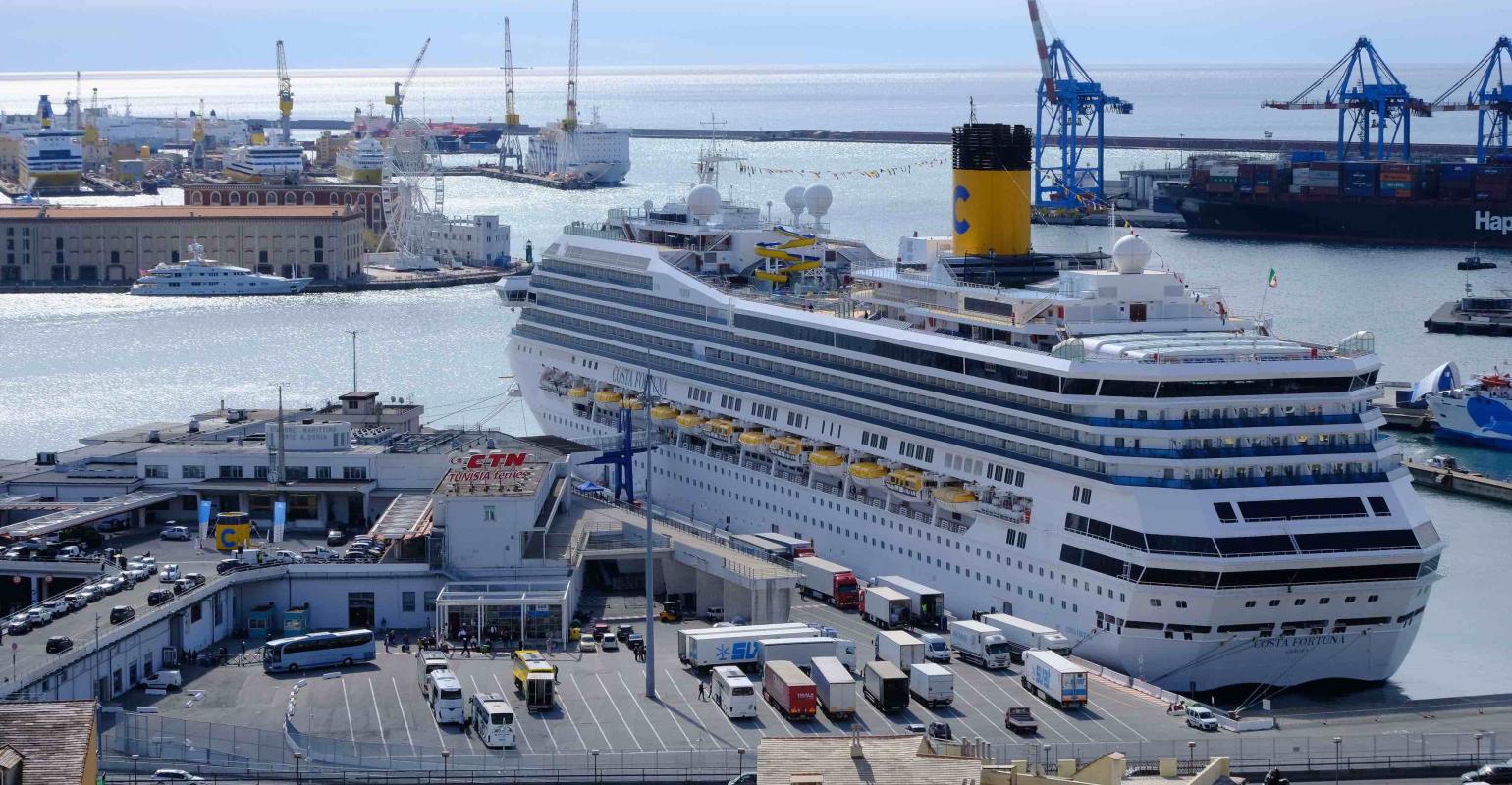 Genoa’s passenger count will be up 33.5% this year. With 1.35m passengers, it ranks sixth busiest port in the Mediterranean, according to Risposte Turismo PHOTO: Costa Cruises
Italy will hold its place as the Mediterranean’s leading cruise destination in 2019, with more than 12m passengers and nine of its ports in the 20 most visited by cruisers in the Mare Nostrum.

This is according to the Italian Cruise Watch report to be released by Risposte Turismo’s Italian tourism research and consulting company during Italian Cruise Day on Oct. 18.

Italy’s ports are forecast to rack up 12,090,451 cruise visitors, an 8.8% increase over 2018, and 4,857 ship calls, 3.2% more than last year. The country holds around a 40% share of Mediterranean cruise traffic, with four cruise ports in the region’s Top 10 and nine in the Top 20, according to Risposte Turismo President Francesco di Cesare.

Civitavecchia on top in Italy

While Venice held steady, Genoa and Naples each moved up a notch and Livorno took one step down. For the first time, La Spezia entered the Top 20 Mediterranean ports, while Bari and Palermo dropped one spot and Savona six. Major infrastructure works have been under way at the latter two ports.

On top in Italy, Civitavecchia is projected to post a 4.9% increase in passenger traffic and 8.8% in calls over 2018, while Venice is stable. Genoa’s passenger count will be up 33.5% and calls 17%, followed by Naples with a 14.6% passenger increase and 20.3% more calls. Livorno, in fifth spot, is followed by Savona and La Spezia. Bari is close behind with a few thousand passengers’ difference but higher ship calls, Palermo comes in ninth, with stable numbers, and Messina rounds out the Top 10 with a 18.5% increase in passenger traffic.

Spain, with 21 cruise ports (including some outside the Mediterranean basin) chalked up 9.72m passengers in 2018. The country has halved its distance from Italy since 2014, when Spain posted 7.3m passengers.

Released more than two months before the end of 2019, the Italian Cruise Watch numbers are based on the bulk of the year’s passenger traffic and calls.