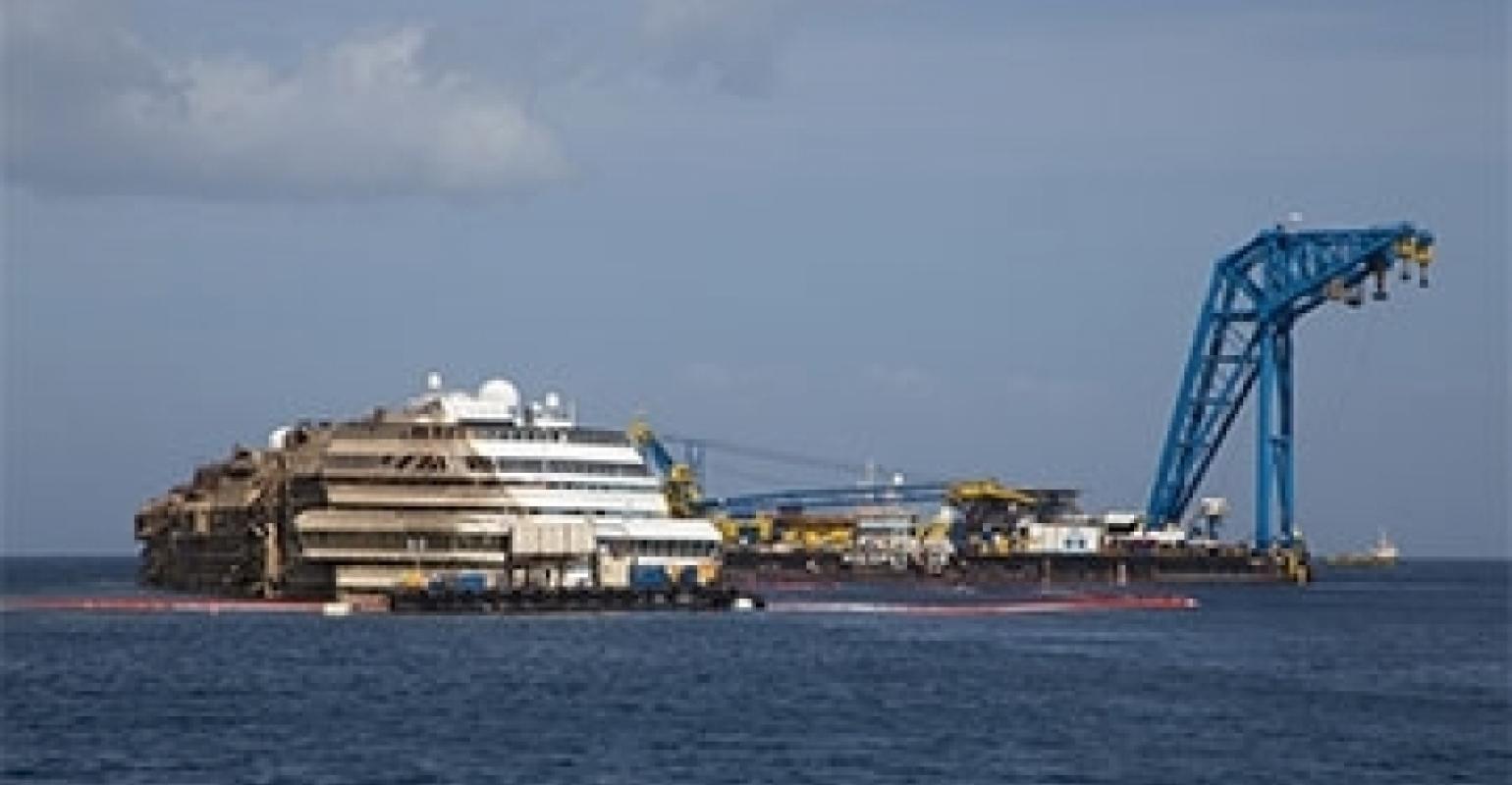 Concordia wreck - to be refloated in two weeks

The Concordia wreck is scheduled to be refloated in two weeks and towed to Genoa for breaking and recycling. Italy's Cabinet approved the plan on Monday.

Costa Crociere ceo Michael Thamm hailed the decision, adding that the safe removal of the wreck from Giglio is 'now well within sight.'

Thamm pledged Costa wiIl supervise this final phase of the Concordia project with 'the same commitment and attention that we have put into this challenge since the very beginning, using the best expertise and technologies, in compliance with the highest environmental safety standards, and in full cooperation with the authorities.'

A 350-plus team of Titan Micoperi technicians are working 24/7 at Giglio to complete the preparations for refloating. Two more sponsons are still to be installed to reach the total of 30 needed to refloat the wreck. That operation is scheduled to start by the middle of July after authorization from the Monitoring Observatory, and the removal from Giglio is planned by the end of the month.

Concordia is resting on a platform drilled into the seabed. During the refloating, the sponsons will be gradually emptied of ballast water, providing buoyancy to float the wreck from the platform.

Once in Genoa, Concordia will be dismantled by a consortium selected in an international tender process.

Saipem, the publicly traded oil and gas industry giant, will handle the environmental aspects of the dismantling operations, and the work will be carried out at San Giorgio del Porto, the first shipyard in Italy to be included in the Special Register of Environmental Ship Reclamation & Recycling Facilities, and which has decades of experience in ship repairs and refitting.

Costa said details of the removal project, from the refloating and transportation to the dismantling/recycling, will be provided in the next few days.