Italy's leading cruise destination of Liguria on a roll 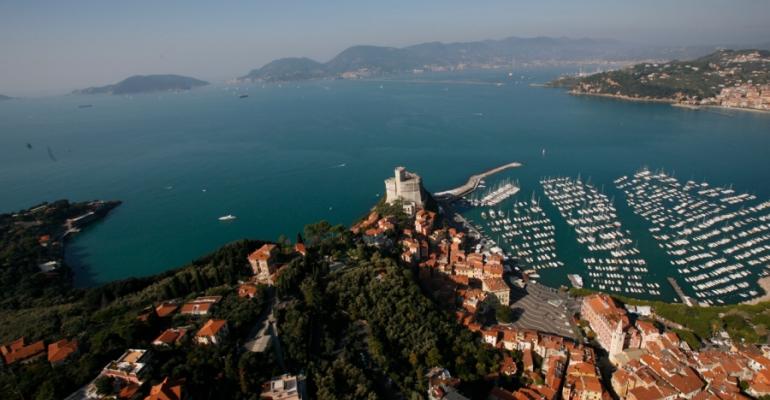 Talking at the recent Italian Cruise day in Naples, Miazza said, ‘Cruising continues to be an important sector for the national and Liguria’s economy.’

The three Ligurian ports are also expecting an increase in cruise traffic in 2015, of around 2.4m passengers, which equates to 100,000 more than Civitavecchia, according to the Ligurian Ports Association.

‘According to  a study by the Milan Polytechnic Business School, cruising generates around €230m annually for Liguria,’ added Miazza.

Costa Cruises is the sole investor in the new €10m facility comprising dedicated berth and independent terminal covering an area of 3,500 sq mtr, which will be connected to the port’s first Palacrociere (at which Costa was granted a long term concession)  via a bridge on the first floor and path a ground level.

The official inauguration of Port of Savona’s second cruise terminal, 100% financed by Costa Cruises, is scheduled for November 8 with the arrival of Costa Diadema. The new €10m facility comprises a dedicated berth and independent terminal covering an area of 3,500 sq mtr, which will be connected to the port’s first Palacrociere (at which Costa was granted a long term concession)  via a bridge on the first floor and path a ground level. The latter infratsructure will be completed by January 2015.

Genoa Port Authority president, Luigi Merlo is positive about next year and the years beyond. ‘Our relationship with MSC Cruises grows every year, with another passenger increment forecast for 2015 and the strengthening of future cooperation with the imminent opening of the company’s new and prestigious office in Genoa,’ he told Seatrade Insider.

Costa Diadema’s naming ceremony taking place in Genoa on November 7, ‘gives us hope of possible future cooperation with the Carnival Group,’ he added.

A new investment of €700,000 has been recently approved to provide the terminal with advanced boarding bridges to cope with new cruise ships requirements, he continued. The first will be installed on the east-side of Ponte dei Mille main cruise pier between the end of 2014 and beginning-2015.

‘Cruise lines interest grows for Genoa’, said Merlo referring to confirmed booking for P&O Cruises and Princess Cruises in 2015, as well as the addition of TUI Cruises, and ‘the target to regain Royal Caribbean calls’, he highlighted.

‘2015 will see a further increase to around 800,000 passengers, representing around 60% growth compared to current year, with 251 ship calls,’ said Lorenzo Forcieri, president of La Spezia Port Authority. MSC Cruises will double the number of calls he added.

La Spezia will also received maiden visits by Royal Caribbean’s Allure and Anthem of the Seas, together with Costa Cruises’ Costa Diadema.

To further strength its position, La Spezia is planning a new berth at Calata Paita, capable of handling two megaships and new dedicated terminal. The Port Authority can take a 40% stake in the investment, with the remainder coming from private operators. ‘We are looking to launch the public tender process by the end of this year and at least one cruise company has already expressed an interest,’ added Forcieri.