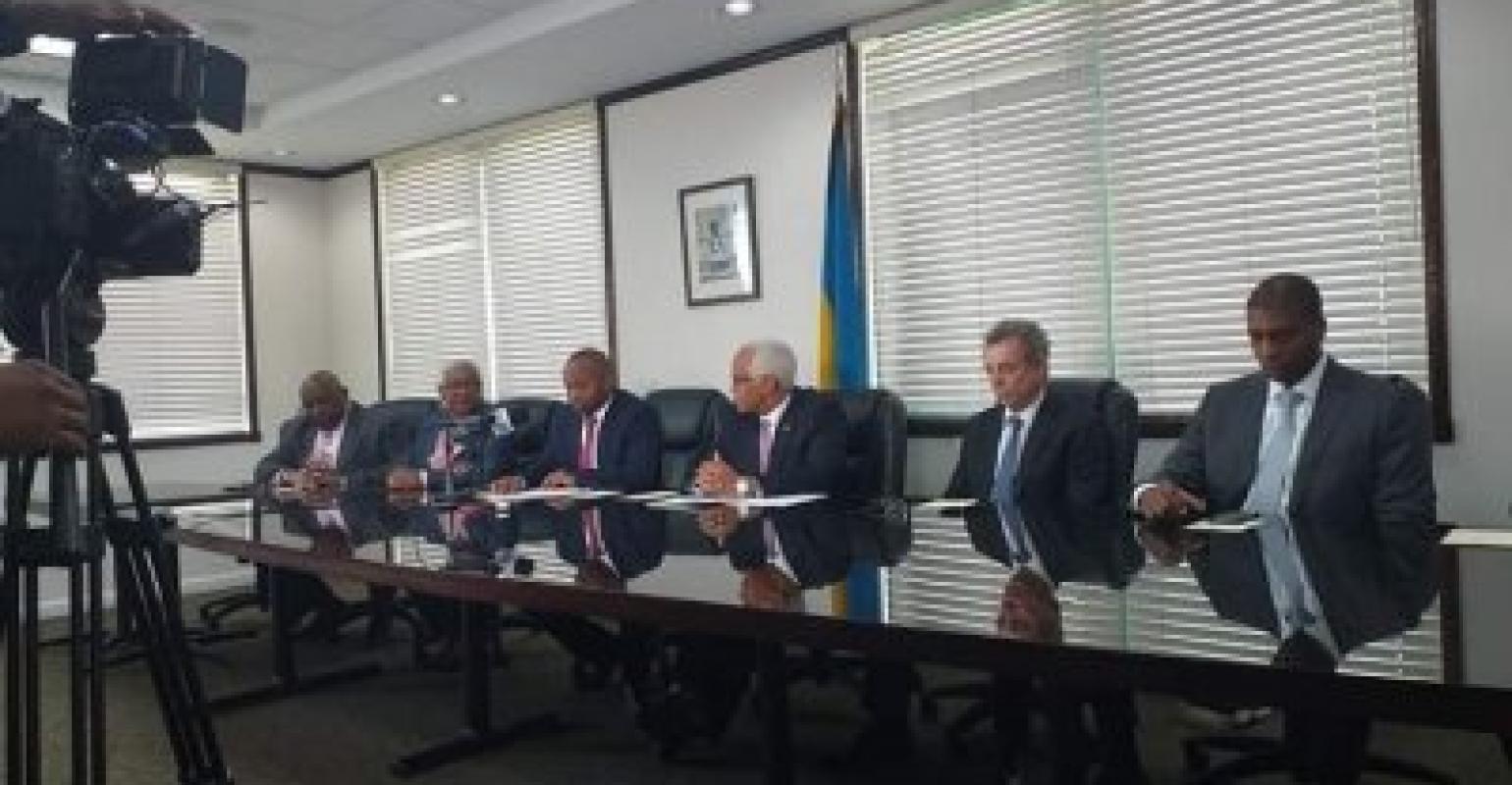 The Bahamas government announces the letter of intent

The Bahamas government signed a letter of intent on Wednesday with Royal Caribbean Cruises Ltd. and ITM Group for the sale of Grand Lucayan Resort and the redevelopment of Freeport Harbor.

The price for Grand Lucayan Resort is $65m.

The redevelopment project will include a theme park and a five-star hotel, according to Kwasi Thompson, minister of state for Grand Bahama.

An expansion and improvement of Freeport's cruise berths is also anticpated, as earlier reported.

The development is expected to take 24 months to 36 months. An additional 2m tourists are projected following completion.

ITM are the developers of Puerto Costa Maya; Taino Bay, a new cruise port at Puerto Plata in the Dominican Republic; and of Roatán's cruise port expansion.