It's official: MSC adding a second ship in Cuba to meet rising demand 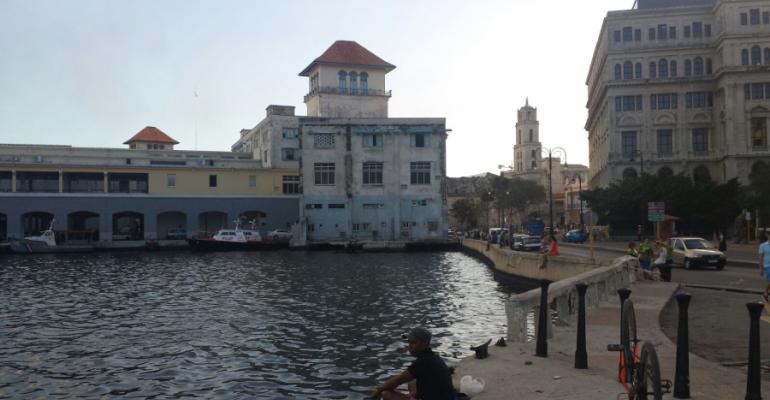 Havana’s cruise terminal at the foot of the Ciudad Vieja provides easy access to the city (Photo: Liz Gammon)

As revealed by Seatrade Cruise News last month, MSC will further strengthen its presence in Cuba by homeporting a second ship in Havana from the winter 2016-17 season.

In a move that will quickly double the number of MSC Cruises' Caribbean itineraries centred on Cuba, MSC Armonia will join MSC Opera in Havana from November 2016, for the entire winter season.

Following two days and one night in the Cuban capital, the first itinerary will take guests from Havana to Isla de Roatán (Honduras), before heading for Belize. Then it’s on to Costa Maya and a beach experience on Isla de la Juventud (Cuba), before returning to Havana.

The second will start with two and half days and two nights in Havana, then set sail for Montego Bay (Jamaica), George Town (Cayman Islands) and Cozumel, off Mexico’s Yucatán Peninsula, before circling back to the Cuban capital.

MSC Armonia’s presence in Cuba will also offer passengers the chance to combine both itineraries into one 14-night cruise.

In addition, the position of Havana’s cruise terminal at the foot of the Ciudad Vieja, or Old Havana, a UNESCO-listed heritage site, allows for easy walking access from the ship to the local sights.

Later this month MSC Opera starts homeporting in Havana, sailing to Jamaica, the Cayman Islands and Mexico, with two and a half days and two nights in the Cuban capital.

In December 2016, MSC Opera will sail its second Cuban winter, alongside MSC Armonia, offering seven-night cruises from Havana to Montego Bay, George Town, Cozumel and back to Havana.

MSC Cruises ceo Gianni Onorato said: 'With no less than nine UNESCO World Heritage Sites, and a long-held tradition of hospitality, Cuba has all the makings of a top world cruise destination. MSC Cruises is honoured to be able to support the further development of this huge potential, and we’re very thankful to the Cuban authorities for their ongoing cooperation in this regard.'

To cater for fly-cruise passengers joining ships in Cuba this season, MSC is doubling its flight offer from key European cities and introducing new flights from Canada and South America.