It's official: Norwegian is entering China with its 2017 newbuild 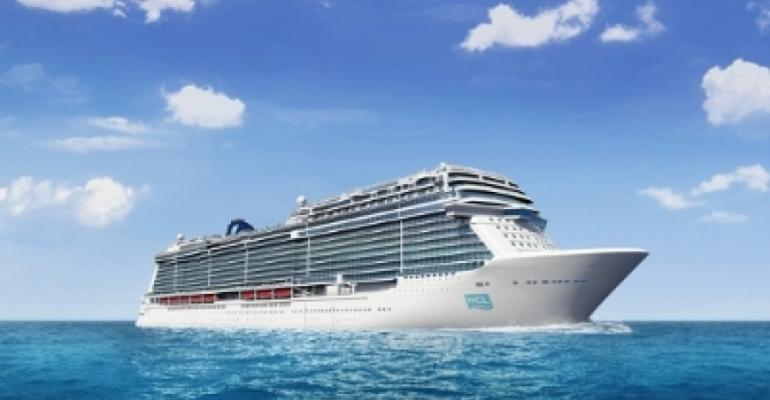 Norwegian's ship for China will be tailored to the market

Norwegian Cruise Line Holdings confirmed it will enter the Chinese market in 2017 with a purpose-built ship, ceo Frank Del Rio announced Monday in Shanghai. The company has also opened three offices in China.

Norwegian Bliss is due for delivery from Meyer Werft in spring 2017, but the company today indicated it will reveal a new name for the China ship in the coming months, along with its homeport and further details.

Though it turns out the ship will have a different name, it had been speculated that Norwegian Bliss would be China-bound, and news about NCLH's plans for this booming market had been expected before year's end.

During the CruiseWorld China summit, Del Rio said Norwegian's newbuild is designed specifically for Chinese travelers with accommodations, cuisine and on-board experiences that cater to their preferences.

'Our new purpose-built ship for China will have characteristics that are authentic to Norwegian Cruise Line and yet distinctively Chinese in all of its sensibility,' Del Rio said. He added it will 'perfectly suit what modern Chinese travelers value from an upscale cruise experience.'

The ship will have Norwegian's characteristic Freestyle Cruising style, world-class entertainment and fine Mandarin, Cantonese and Continental dining, as well as duty-free shopping.

The offices support Norwegian Cruise Line, Oceania Cruises and Regent Seven Seas Cruises—which the company noted span the upper end of the contemporary, premium and luxury cruise categories and 'are relevant to each segment and each stage in the Chinese consumer life cycle.'

'Our China offices house a dedicated leadership team uniquely focused on ensuring the success of our local travel agent partners, which is crucial to the success of our expansion in what will soon be the world's second largest cruise market,' Del Rio said. 'These offices will provide sales and marketing support to our travel partners whose customers not only wish to sail on our new China-based ship, but also on any of the incredible voyages around the world offered across our portfolio of brands.'

In a note, UBS said increasing capacity in China is important for the cruise business since pricing there has been higher than in the Caribbean for two years now.

Even without a yield increase, adding ships to the market is yield accretive to the cruise lines overall, UBS analyst Robin Farley told investors. She added China capacity growth is even further accretive to earnings growth since expense per unit comes down as scale increases.

'The China story has never been that pricing was going to keep growing at a double-digit rate,' Farley said, but rather that 'volume is growing massively because of the high China price premium, and that also helps capacity and price in existing markets.'

Norwegian plans to take delivery of its first Breakaway Plus class ship, Norwegian Escape, on Oct. 22. Two additional ships in this class are on order for delivery in 2018 and 2019.