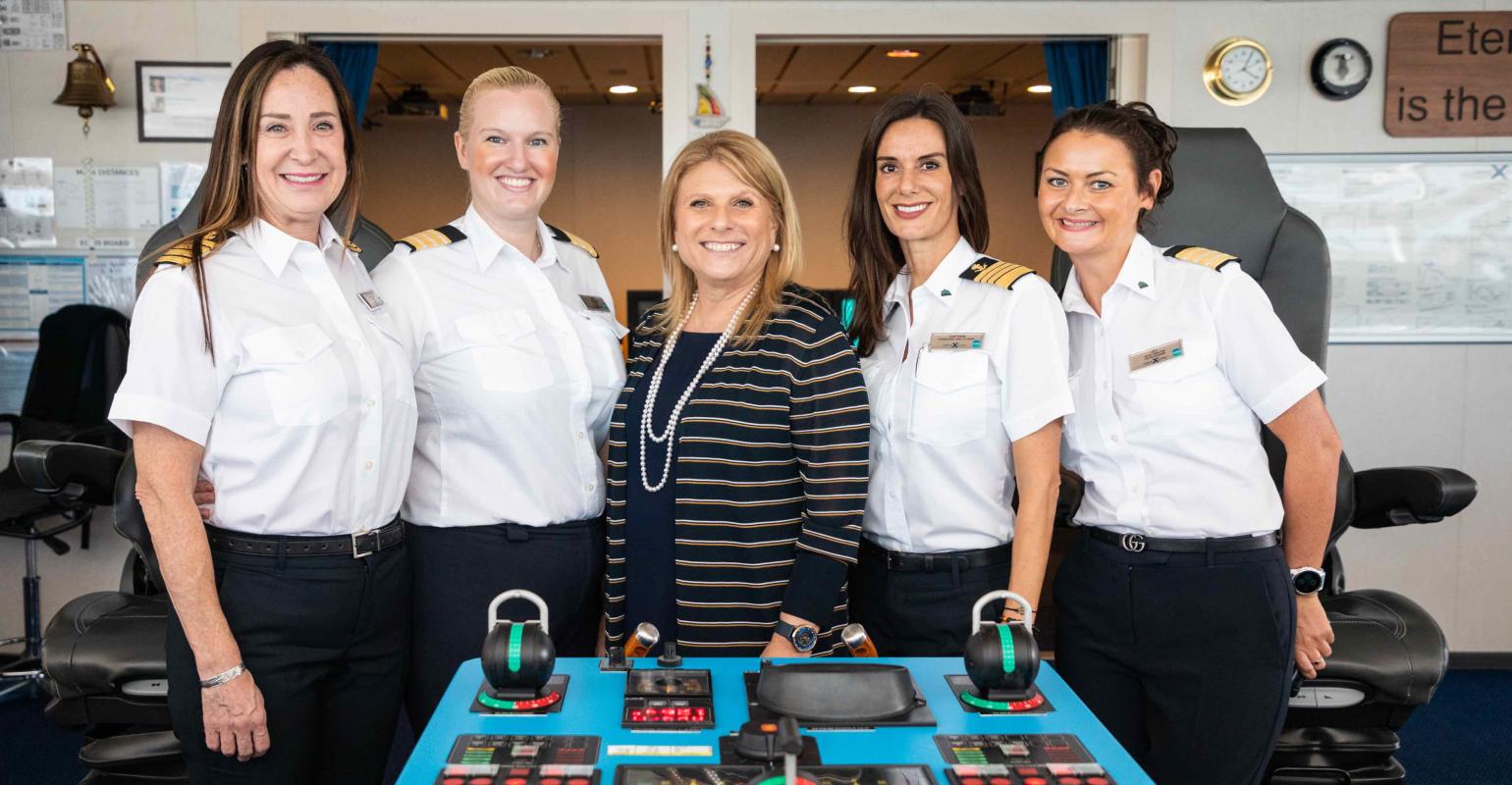 It's time to #CrewUp with women, Celebrity CEO says

Celebrity Cruises released a new video, #CrewUpWithWomen, to spotlight its campaign to give more women opportunities in seafaring jobs.

This effort is championed by President & CEO Lisa Lutoff-Perlo as part of the brand's commitment to gender equaility.

'Teach your daughters to worry less about fitting into the glass slipper and more about shattering the glass ceiling,' Lutoff-Perlo exhorts in the video.

Celebrity has gone from 3% of women on the bridge in 2015 to 22% fleet-wide in 2019. And Celebrity Edge launched with 30% women crew — higher, Lutoff-Perlo claims, than any other ship in the fleet and in the industry.

'And we are not finished,' she adds.

#CrewUpWithWomen was produced with Pitch Her Productions, a female-led production company supporting women in the film industry.

For more about Celebrity's efforts, and what other lines are doing, see Seatrade Cruise Review's March 2019 cover story, 'Women wear the stripes.' And download snapshots of women seafarers across a range of companies here.