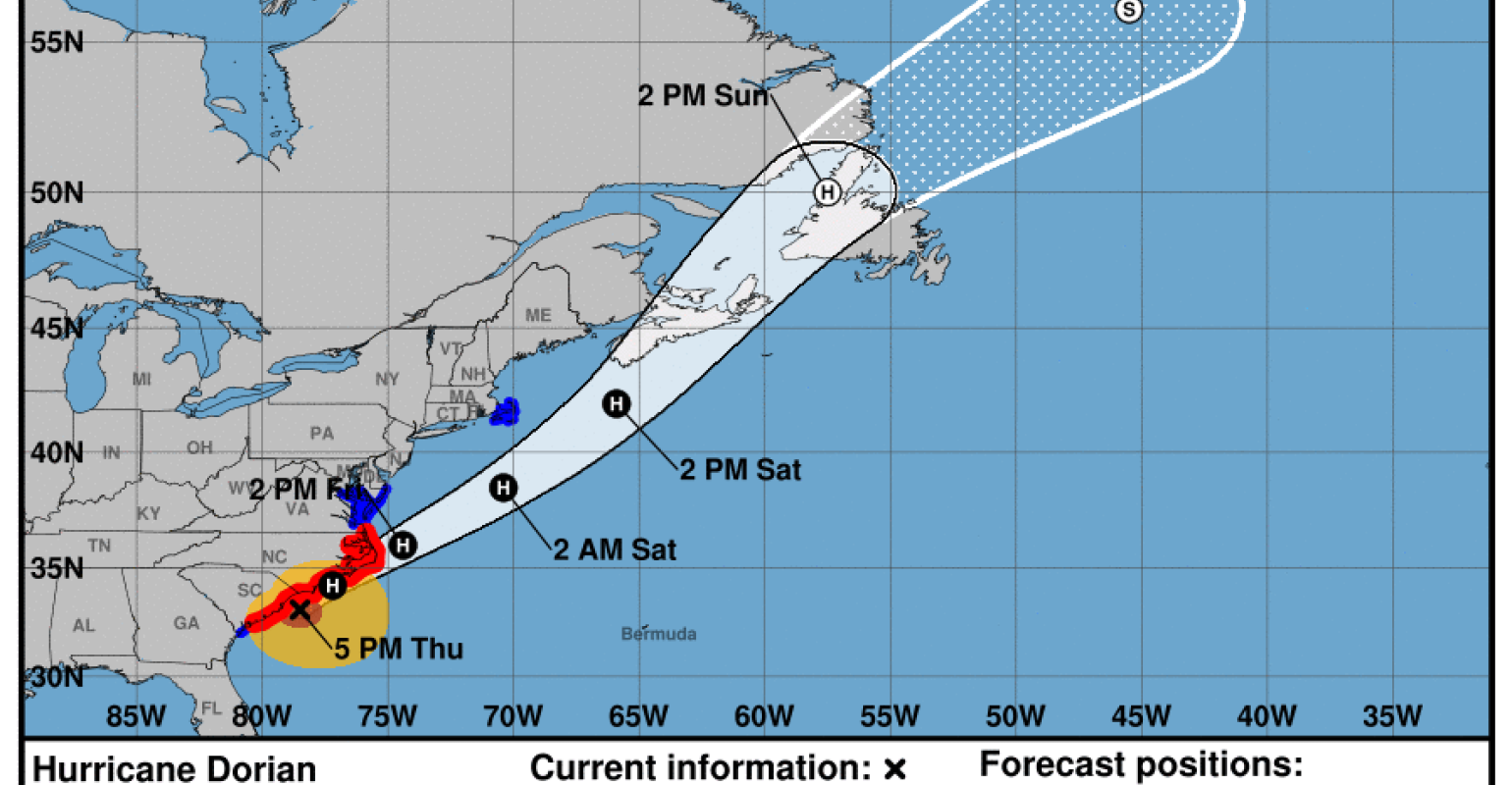 Hurricane Dorian's projected path along the Eastern Seaboard CHART: National Hurricane Center
The Port of Jacksonville in northern Florida has reopened following Hurricane Dorian, which raked the coast of South Carolina, where the Port of Charleston is battened down, on Thursday.

As earlier reported, year-round Jacksonville ship Carnival Ecstasy diverted to Port Canaveral where it embarked passengers today for a revised itinerary. Travelers were bussed to Canaveral from the JAXPORT cruise terminal.

Their sailing will visit Nassau, but not Freeport on Grand Bahama Island, which was devastated by Dorian. The cruise will end in JAXPORT on Monday.

Carnival Cruise Line is optimistic Carnival Sunshine’s cruise from Charleston will embark on Saturday, as scheduled. That voyage will visit Nassau but not Princess Cays, due to Dorian’s impact.

Grandeur of the Seas and Carnival Pride from Baltimore

Thursday evening a tropical storm warning was in effect for Chesapeake Bay, from Drum Point southward. The Port of Baltimore is north of that, out of the warning area.

Royal Caribbean’s Grandeur of the Seas sailed today on a slightly revised itinerary that will visit Boston on Sunday instead of Saturday and miss the call at Saint John, New Brunswick.