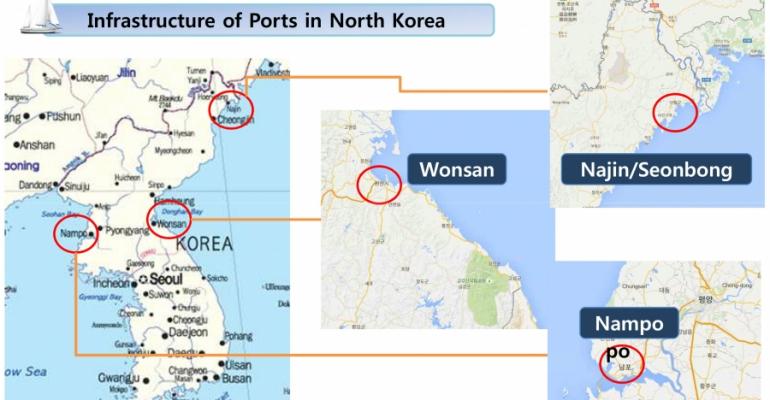 While the cruise industry in Northeast Asia, focusing on China, Japan, and South Korea continues to grow, the political situation surrounding North Korea has resulted in its exclusion from the regional cruise map.

At the recent Asia Cruise Forum held in Jeju, governor of Jeju Special Self-governing Province Won Hee-ryong, positioned Jeju, as ‘the island of peace’ to play a part in achieving ‘common prosperity' and  peace for the region, by including North Korea in the cruise industry’s development.

With the two Koreas seeing elevated cross-border tensions, Won sees Jeju being instrumental in the processes of achieving peace and prosperity for the region.

He sketched out an upbeat picture across Asia with international cruise ships calling at 117 ports of call in 17 countries in Asia last year. North Korea was the exception.

Won went on to lobby, ‘as a country with unspoiled nature and various cultural heritage, North Korea will make an attractive destination for cruise tourists’, and he asked delegates to contemplate and collaborate for the introduction of a cruise line between Jeju and North Korea.

Kim Eui-keun, chairman of the forum's organizing committee, provided some further insights into the plans for the development of cruise tourism to include North Korea.

Providing context, he sketched the terrain with Jeju expecting more than a million cruise tourists in 2016. Korean ports are less than 20-hour sailing away from major ports in mainland China. Jeju is located strategically in the centre of shipping lines between China, Japan, and Korea.

Kim said given its easy accessibility from Tianjin, Qingdao and Shanghai an entry to North Korea could be through Nampo Port for a Pyeongyang tour.

He could envisage a route connecting Geumgangsan Mountain, Wonsan, and Najin/Seonbong (North Korea) to Vladivostok (Russia) to the north and Sokcho, Busan, and Jeju (South Korea) to the south.  He said these ports presented potential for new northeast Asian cruise itineraries.

Kim remarked, ‘Najin/Seonbong is connected to Vladivostok, Russia and a symbol of the open-door policy of North Korea in the 1990s.’ It serves the tourist region of Cheongjin, the provincial capital of Hamgyeongbuk-do, Gyeongseong, a vacation place famous for hot springs, Chilbosan Mountain and neighbouring coastline.

Turning to some historical developments Kim pointed out that China ,‘earned berthing rights at Najin Port 1 in 2008 and in  2012 North Korea agreed they jointly manage the ports in Cheongjin.’ In view of this, he said for the development of any cruise itinerary, it is better to use the ports open to China as a starting point.

Jeju will also lend its support to cruise development in North Korean ports by helping with tender boat operations and the preliminary construction of international-standard docks, at the three major ports.

Before a North-South Korea Cruise itinerary can be established, there needs to be a resumption of dialogue between North and South regarding tourism including approval procedures for South Koreans to visit the North on cruise tours.

He suggested that Chinese passengers on Chinese ships would be the first step towards opening up North Korea. He said the next stage could be for South Korean tourists to sail to North Korea on foreign cruise ships.

Governor Won for his part was hopeful. ‘I am certain that North Korea, although closed right now, will [eventually] become a member of Asia's cruise tourism.’