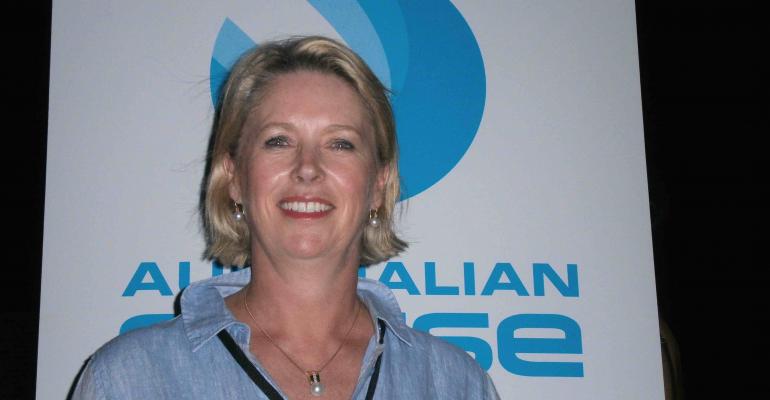 In her welcome speech to the 120 delegates attending the Australian Cruise Association annual conference in Broome, the ‘port of pearls’ in Western Australia’s spectacular Kimberley region, ceo Jill Abel made special mention of first-time attendees from Japan and Norfolk Island and ‘our friends’ from Papua New Guinea.
Abel, who thanked sponsors, including Tourism Western Australia and Cruise Broome, said ‘the people here in Broome have just gone out of their way to showcase their beautiful destination.’

She said in the last financial year 45 Australian ports and anchorages welcomed cruise ships and that Sydney, Newcastle, Brisbane, Melbourne, Adelaide, Kangaroo Island, Burnie and Hobart all had record seasons.
‘Our association has been very active since we met in Mooloolaba last year and our partnerships with CLIA and the New Zealand Cruise Association have gone from strength to strength,’ she said.

‘Next month we will be joining CLIA Australasia in releasing the 2017-18 economic impact report.
‘We continue to hold our destination workshops around the country and it is exciting to share the    commitment of the cruise lines in getting passengers immersed in their ports of call.’

At the conclusion of the conference, Abel announced that ACA 2019 will be held in Geelong, Victoria’s second largest city just over an hour’s drive from Melbourne, on September 4-6.
‘We are seeing the regional ports playing an increasingly important role in the growth of the cruise tourism sector in Australia, so it was important to us to continue to reflect that in our choice of a conference venue for 2019,’ she said.
Copyright © 2022. All rights reserved. Seatrade, a trading name of Informa Markets (UK) Limited.
TAGS: ports & destinations events associations
0 comments
Hide comments
Related