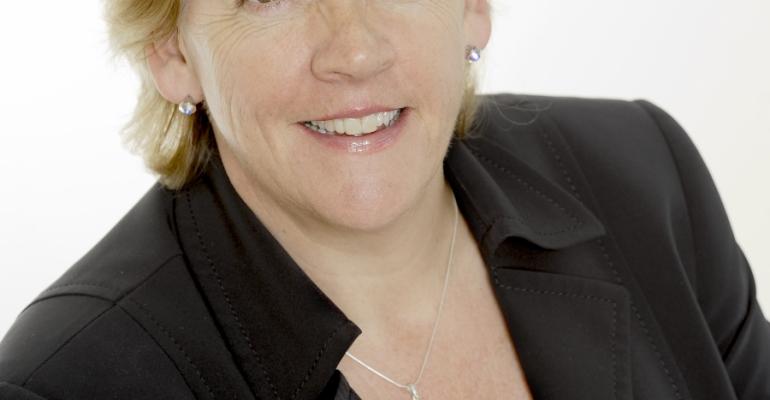 Ryzmowska: 16 months at the helm of Celebrity UK & Ireland

Jo Rzymowska, managing director Celebrity Cruises UK and Ireland says her team is gearing up to welcome back Celebrity Eclipse to Southampton next month for a summer season of 11- to 14-night sailings to Europe’s top sun and beach destinations, and a series of 13- to 15-night itineraries visiting popular destinations in Northern Europe.

The opening cruise is a two day taster sailing to Le Havre between May 7-9, when guests will have a chance to try out some new features added during the  ship’s first five year drydocking, Rzymowska told Seatrade Insider.

Gastrobar, a craft beer and comfort food venue, offering boutique beers in addition to Celebrity Cruises' varied collection of wines and cocktails and bar food, is going to replace the current Passport Bar on Deck 3.

Also new is Slush, a drinks venue featuring alcoholic and non-alcoholic cocktails whilst on the retail side a high-end portrait studio is being located on the upper deck Lawn Club, adjacent to the Hot Glass Show glass-blowing demonstrations.

Rzymowska reminded that this month sees the introduction of Suite Class, across nine of the ships in the fleet including a suites-only restaurant, VIP lounge, complimentary premium drinks and own butler. Eclipse’s dedicated private restaurant Lumière, reserved exclusively for all Suite Class guests, located on Deck 4, is also being added during the drydock, she remarked.

Looking back for a moment on 2014, Rzymowska who has been with Royal Caribbean Cruises Ltd for a decade and given the role to head up Celebrity’s UK market push 16 months ago when the three brands were split into dedicated businesses, called it overall, a very good year for the UK business as it continued to strengthen the “Modern Luxury” brand differentiation by building partnerships with brands and experts, ‘as well as further cementing our trade ties as we seek to reach more people, particularly those who may not have not cruised before.’

This spring and summer season Celebrity UK is hosting food, wine and travel enthusiasts at a number of immersive events in London through to July. ‘All have been designed to showcase the brand’s commitment to award-winning food and wine collections, and the inspired culinary experiences they can expect.’

Rzymowska, who has been involved in the travel sector for over 30 years working in sales-related roles for a variety of companies including Thomas Cook and Universal Studios, added, ‘It is not possible to bring everyone to see the ship so these events are a great way of showcasing just a little bit of what is available on a Celebrity Cruises holiday and support our dedicated sales force, headed by Michael English,  to continue to make sure agents and potential customers understand what Celebrity is about.’

Coming up next week is an event that fuses fine dining with film at the Everyman Screen on the Green in Islington, in association with Great British Chefs.

In May, Celebrity Cruises will recreate its Lawn Club experience in the heart of the capital as a festival sponsor of London Wine Week.

Wrapping up the Taster Season in June, the cruise line will return for a third year to London’s top food festival, Taste of London, delivering food and wine pairing sessions in its Lawn Club setting.

Guests will be invited to watch Helen Mirren on screen in ‘The Hundred Foot Journey’, and enjoy food created for the evening by two of London’s premier Michelin-starred chefs Pascal Aussignac (Club Gascon) and Alfred Prasad (Tamarind).

‘The Hundred Foot Journey’ sees the cultures of India and France meet over a shared love of food. Screenings will be held on April 21 and 22 and include a cocktail reception on arrival, introduction with both chefs, accompanying canapés, and the opportunity to win a cruise from Celebrity Cruises.

The brand is deploying five ships to Europe this year, offering 94 destinations in 30 countries.

Explorer Ben Fogle has designed more fun shorex ranging from Dubrovnik by bike, kayak and RIB boats in “Ben’s triathlon” and creating a bespoke flavour of gelato in Capri.

For the UK fly cruise market there is a wider range of seven night cruises in the Med in 2015 including 65 overnight stays in port. ‘We are seeing an uptake on weekly open jaw sailings  from Barcelona to Civitavecchia, then onto Athens and then Istanbul, with passengers opting to either sail back to back cruises for a two week holiday or take a week cruise and stay in one of these iconic cities,’ said Rzymowska

Fly cruises to the Med account for a third of Celebrity’s UK sourcing, with ex-UK sailings representing another third.  The remainder are long haul destinations with ‘Asia, Australia and Alaska proving popular’, she added.

Looking ahead, ‘we are eagerly looking forward to the debut Arabian Gulf season in winter 2016/17 out of Abu Dhabi ,where the UK and Ireland will be a significant part of that sourcing.’

The UK chief is enthused to be working alongside Royal Caribbean Cruises Ltd veteran Lisa Lutoff-Perlo, who took over the reins as president and ceo of Celebrity Cruises last December. ‘Her experience is phenomenal having worked for 30 years in all area of the business.’

Rysmowska added, ‘her vision is incredible and she has  guests and customer service at the heart of everything she does which makes me even more excited  about the 2,900-berth Edge class ships coming in 2018 and 2020.

‘Lisa has a lot of experience in the planning and launch of new classes of ships playing key roles in Oasis, Freedom-and Quantum class introductions. ‘Now she's embarking on the Edge class.’

Rysmowska was unable to disclose ‘any more than you already know’ about the Edge-class when questioned and afforded a broad grin remarking,  ‘it would be wonderful to have one of them based in the UK but for the time being their deployment is undecided.'

The UK & Ireland team is hoping at least to showcase the Edge-class to the home market once it leaves the STX shipyard in France, she quipped.