Joe Farcus on 'the best ship I ever designed' 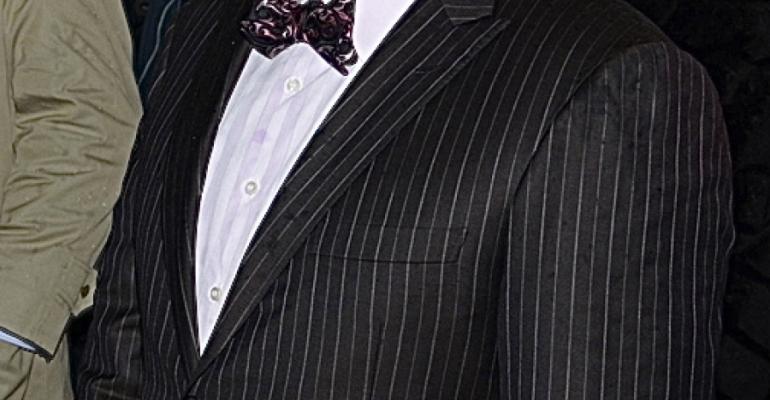 Costa Diadema, built on the Carnival Dream platform with an extra deck and the bow and stern rounded to make a more classical look, has a modified general arrangement to give new restaurant choices, an elevated Lido dining experience and an ample outdoor promenade that opens indoor spaces to al fresco cabana areas.

He's pleased with the use of space and the extra options and said that even the Grand Bar, one of the most popular and distinctive spots on Costa Crociere ships, has been improved aboard Costa Diadema.

Relocated to Deck 4, the Grand Bar Orlov is open to Deck 5 above, where passengers frequenting the various restaurants and bars can gaze down at the dance floor. They also can reach the Grand Bar from a new circular staircase.

'It will be a tour de force entering the room,' Farcus said.

Directly aft of the Grand Bar Orlov is the Galleria of shops, 'and it will feel like you're in a real store.' The boutiques flow one into another and were developed working closely with retail concessionaire Starboard Cruise Services. Beyond the Galleria is the lower level of the double-deck Birreria Dresden Green, the ship's new pub, and the Portobello Market, where promotions from the various boutiques will be featured.

The Deck 5 outdoor promenade, taken a step further than on Carnival Dream, sports half a dozen cabanas, three on each side, that are adjacent to venues like the upper level of the Birreria, the Bar Bollicine (for prosecco), Vinoteca Gran Duca di Toscana, the Gelateria and Ristorante Samsara. Their interiors are mirrored in the design of the cabanas, which enable passengers to dine and drink outdoors, in wind-protected and heated spaces.

In the Carnival Dream design, the balconies of Deck 6 accommodations overhang the promenade. On Costa Diadema, they were extended to give more privacy and shade, Farcus said.

Instead of just painted steel, the bulkhead surrounding the public rooms will be decked out in white fiberglass to lend a yacht-like look. Plus, forward on Deck 5 are big Jacuzzi tubs on each side. The bulkhead in that area is decorated in beach scenes.

Aft is a large open deck area, the Bar Teodora, with indoor/outdoor seating, served by a large bar. 'Real cruisers love to sit and watch the wake of the ship. This will be a perfect place for that kind of viewing,' Farcus said.

Inside are more restaurants, including the new Tavola Teppanyaki and the Pizzeria, while Ristorante Samsara, the healthy-food spot associated with Samsara Spa, is larger and more prominently located.

On Deck 3, the forward of the two main restaurants is now on one level instead of two. The lost seating area is compensated for in the expansion of the Lido restaurant, high on Deck 10.

Here, Ristorante Corona Blu occupies an area that's doubled in size. Individual buffet stations will feature rotisserie items, pizza, charcuterie and so forth—a presentation that Farcus described as 'a little higher standard.' The lighting is designed to transform the atmosphere from day to night, when the aft part of the restaurant switches to a la carte dining style.

The adjacent midships Lido Diana will resemble a resort, with sofas topped by umbrellas ringing the main pool under a retractable glass roof. The deck above has indentations overlooking the pool that will hold cascades of bougainvillea.

The 132,500gt Costa Diadema, under construction at Fincantieri's Marghera yard, was floated out in November and is scheduled for delivery on Oct. 30. It will be named at festivities in Genoa on Nov. 7.

Farcus is back in Marghera for a couple days this week to survey Costa Diadema's progress.

'Right now I don't have any others under contract. If this is my last ship, I think it's a grand slam,' he said.

But the planet's most prolific cruise architect may not be done designing yet. He's got a prototype plan for a large vessel that he's shown to several of Carnival's operating companies.

Another project is writing a book.