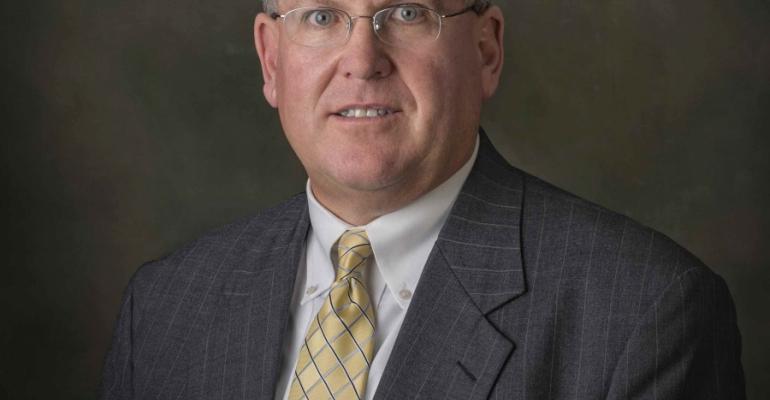 John Walsh - will continue to lead the port until Jan. 21

Chief executive John Walsh, regarded by cruise operators as a highly effective leader, will be leaving Port Canaveral on Jan. 21.

Walsh agreed to resign during a port meeting Wednesday, a couple weeks after he publicly apologized for remarks where he said critics of a rail plan were taking a radical, Luddite stance against progress.

Commissioners voted 4-1 to approve Walsh's exit. He will continue to serve as ceo until Jan. 21. No decision has been made regarding a successor.

Cruise lines will be sorry to see him go.

'He is one of the best port directors in the US. It's not only a loss for the port, but for the region. He's a guy who understood how to build for the future,' Carlos Torres de Navarra, vp commercial port operations for Carnival Cruise Line, told Seatrade Cruise News.

Walsh's tenure has been marked by great strides in cruise growth, new infrastructure and facilities upgrades.

Among other achievements, he oversaw the delivery of the futuristic Cruise Terminal 1, used mainly by Royal Caribbean International, in a breathtaking one-year time frame. Upgrades to Cruise Terminals 5 and 10 have recently been approved. The main users of those facilities will be Carnival Cruise Line and Norwegian Cruise Line.

Royal Caribbean, Carnival and Norwegian have been increasing their deployment at the Central Florida gateway, and Oasis of the Seas is to start homeporting at Canaveral in 2016.

On Wednesday Walsh said it has been a pleasure to lead 'such amazing growth in cruise, cargo and real estate,' adding he will leave next year 'knowing this place is better than when I arrived here and set up for great success in all business lines.' He said he will miss 'the incredible port staff and our customers in cruise and cargo.'

Walsh issued a public apology on Sept. 10 for the comments he made in a late August commission meeting about critics of a rail plan, expressing regret to members of the community offended by his remarks.

'It was not appropriate of me to get personal or attack those members of the community who oppose port rail or growth strategies,' he said. 'I allowed my frustrations to lead to comments that were inappropriate and I should not have done so.'

Walsh has served as ceo since June 2013, when he was unanimously approved by the Canaveral Port Authority board after acting as interim director for several months. Before that, he had been deputy director of infrastructure.

Since joining the port in early 2011, Walsh has directed the planning, engineering, design, construction and development of hundreds of millions of dollars in capital projects.