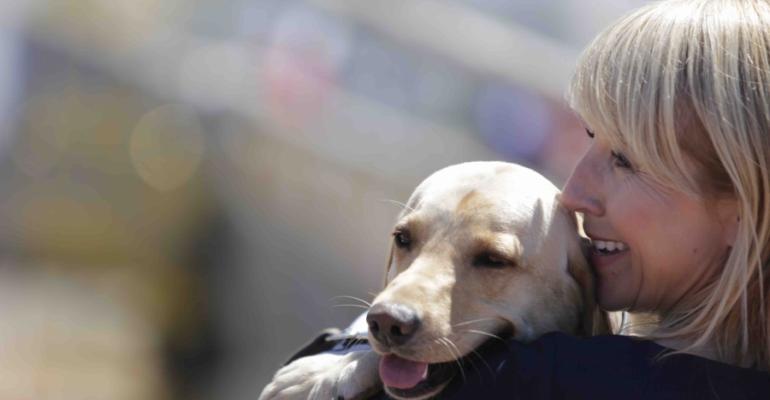 Karine Hagen, Viking Cruises' svp product and daughter of founder and chairman Torstein Hagen, will be the godmother of Viking Sea and will officially name the ship during a ceremony in early 2016.

Widely recognized as the face of the brand in Viking’s television advertisements and online cultural enrichment videos, Karine Hagen is responsible for infusing the company’s itineraries with extraordinary experiences. She is also the author of the children’s books, 'The World of Finse' (www.finse.me), an educational series that showcases the adventures of her yellow Labrador, Finse, set mostly along the global destinations and routes of Viking’s cruise itineraries.

The godmother news was announced in tandem with Viking Sea's float-out at Fincantieri's Ancona shipyard on Thursday. Both the godmother and Finse were on hand.

'Viking Sea is a magnificent ship, and I am very honored to be her godmother,' Karine Hagen said at the ceremony, where she participated in the tradition of welding coins under the ship's mast. They were Norwegian commemorative coins representing four generations of birth years in her family: 1911 (grandmother Ragnhild, after whom the on-board restaurant Mamsen’s is named), 1943 (father Torstein), 1970 (Karine’s birth year) and 2012 (Finse).