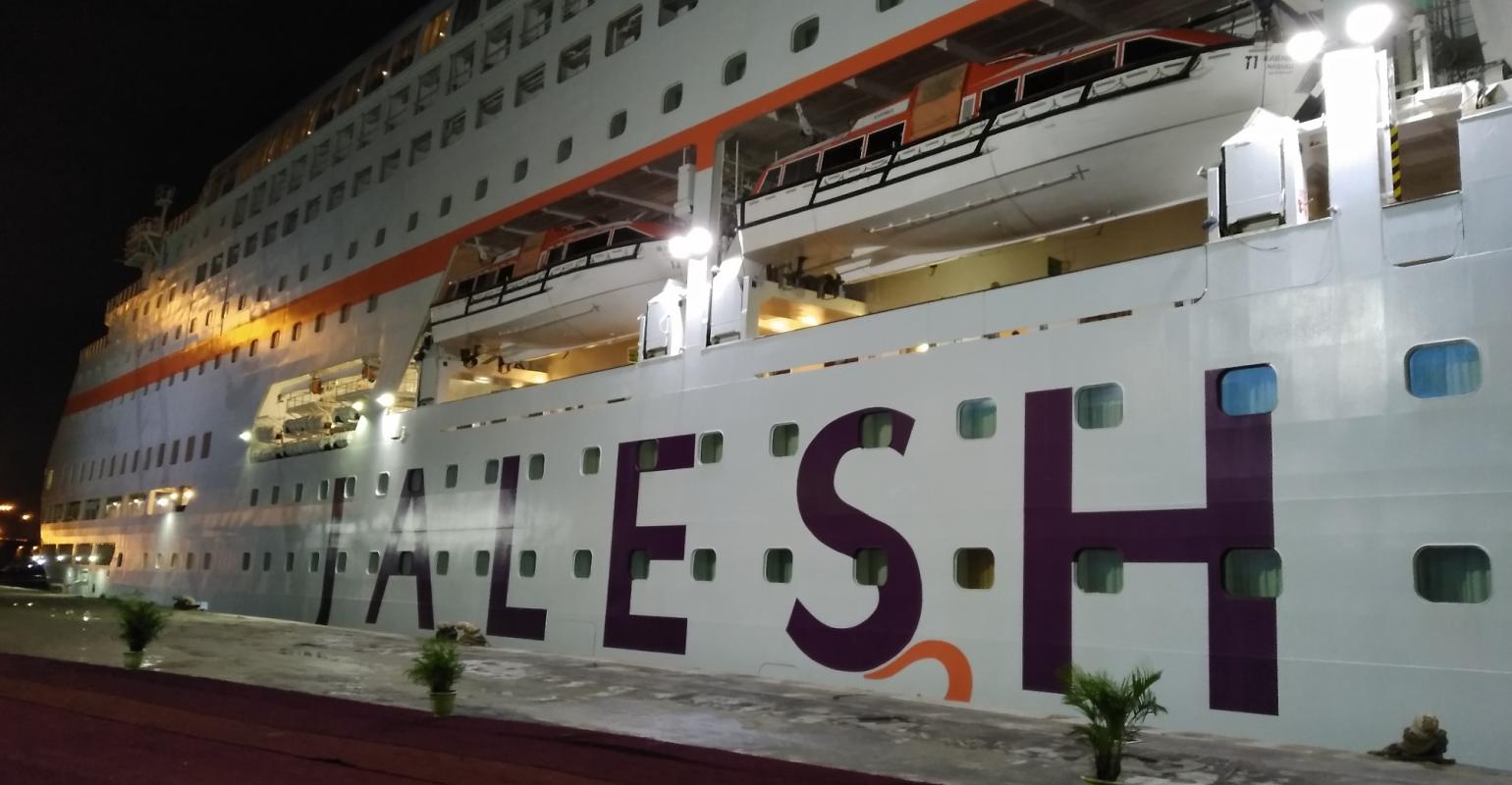 The vessel is owned by Zen Cruises and operated by Jalesh Cruises, a constituent company of Subhash Chandra’s Essel Group.

On Friday evening around 800 visitors including travel agents, media and prospective customers were invited on board.

Part of the evening’s programme was the premiere of a 45-minute long, high-energy song-and-dance performance that will be a regular feature on all the cruises over the next six months.

Jurgen Bailom, president and CEO of Zen Cruises, revealed there would also be a ‘genteel burlesque’ show during each cruise.

‘We carried 43,500 passengers during the four months that we operated out of Dubai,’ Bailom said, admitting that  was far fewer than the vessel’s capacity of 80,000 passengers for the itineraries during that period.

‘We will now serve the Indian source market for the next six months until end-March 2020, cruising along the Indian western coast, offering packages of two nights/three days and three nights/four days to destinations like Goa, Ganpatipule and Diu, as also ocean cruising ex-Mumbai,’ he remarked.

While outlining his vision for the fledgling Indian cruise industry, Bailom added,  ‘Our ship is making it possible for Indians to experience cruise vacations closer home, with high level of customisation that touches the sensibilities of people here.'

He is now looking for a second cruise vessel to add to the Zen fleet, he told Seatrade Cruise News.

Karnika, which entered service in April, is named after a celestial nymph that, according to legend, emerged when gods and demons churned the ocean for ‘amrit’, the elixir of life.

The 70,285gt vessel, originally built for Sitmar Cruises in 1989 by Fincantieri's Monfalcone yard, was acquired in 2003 by Carnival Corp, and sailed as Pacific Jewel between 2009 and 2019, before being purchased by Zen Cruises.

On board are nine bars and three fine-dining restaurants. Indian cuisine is served at Waterfront and Chef’s Table, and Thai, Malay, Korean, Mongolian, Taiwanese and Japanese cuisine at Chopstix.