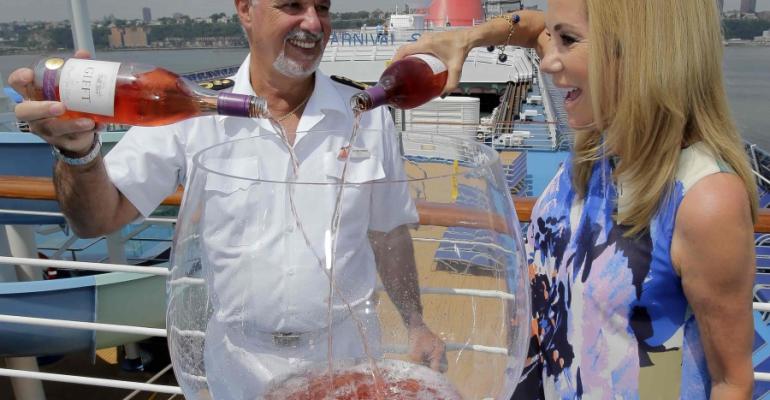 The new blend joins the GIFFT Red Blend and Chardonnay that were introduced fleetwide aboard Carnival’s ships earlier this year.

Created in consultation with California-based Scheid Family Wines—one of the largest vineyard owners in Monterey County and known for having the longest growing season in California—the limited-edition Pinot Noir Rosé is 100% estate-grown and features ripe strawberry, raspberry and red apple aromas to exhibit bright fruit flavors framed by a crisp, juicy acidity.

'I love that I’m launching our Pinot Noir Rosé aboard Carnival, with whom I’ve had such a fantastic partnership for so many years now,' Gifford said.

She became associated with the Fun Ship brand in the 1980s when Carnival launched cruising's first national television campaign, and appeared in the 'If You Could See Me Now' and 'Ain’t We Got Fun?' ads.

Carnival is the only cruise line featuring GIFFT wines, with all three varietals available in the main dining rooms and at a wide array of bars on all Carnival ships.

In its tasting ratings, Wine Enthusiast magazine rated the GIFFT red with 91 of a possible 100 points, while giving the Chardonnay 88 points.